Palestine May Soon Take ‘Serious’ Steps Against Israel, US

Palestinian President Mahmoud Abbas has warned that Palestine will soon take “serious and dangerous steps” against Israel and the United States.

“We will soon take serious steps in relations with our neighbours and the United States. You will see them, these steps will be serious and dangerous,” Abbas said in a televised statement.

Abbas also said that the Arab Spring was provoked by Washington with the aim to split the Arab world.

“The Arab Spring is a lie invented by the United States for splitting the Arab World,” Abbas added. 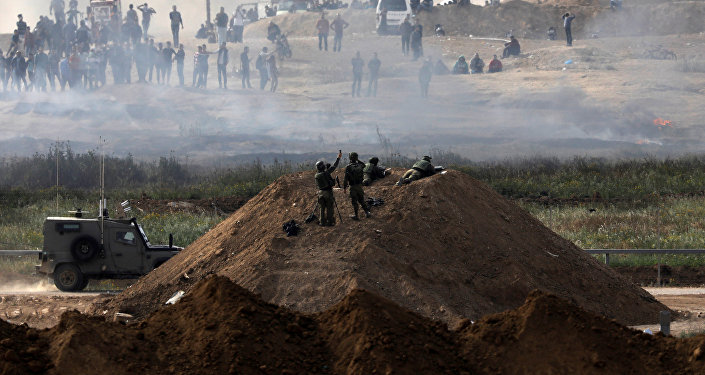 In December, US President Donald Trump announced his decision to recognize Jerusalem as Israel’s capital and instructed the US State Department to launch the process of moving the US Embassy, currently located in Tel Aviv, to Jerusalem. The step has prompted criticism from a number of states, especially Palestine and those in the Middle East, and triggered a wave of protests in the region.Palestine intends to continue its peaceful mass protests in the Gaza Strip and begin similar rallies in the West Bank on the day of the US embassy’s move to Jerusalem, scheduled for May 14, Palestinian Foreign Minister Riyad Maliki told Sputnik on Wednesday.

Abbas has also called for creation of an international council in mid-2018 to solve the Israeli-Palestinian conflict and voiced Palestinian demands for reaching peace with Israel. 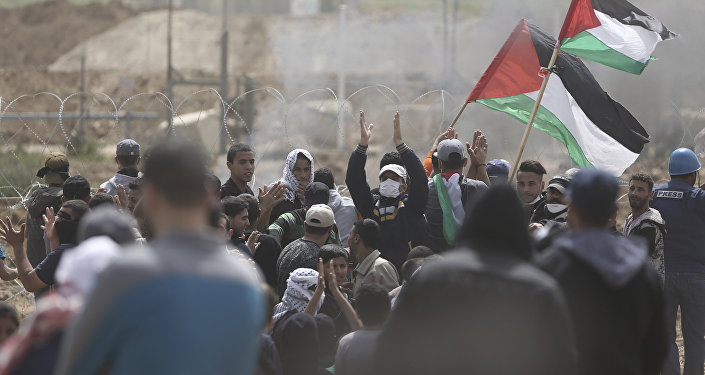 “Our proposals for a peace agreement are as follows. To form an international council in mid-2018. To recognize the full-fledged state of Palestine in the United Nations. To stop all unilateral measures that prevent the achievement of a peace agreement, such as the construction of settlements and recognition of Jerusalem as the capital of Israel. To recognize the Arab peace plan after reaching a peace agreement with the Palestinians. To adopt the principle of two states for the two peoples within the borders that existed before June 4, 1967. To solve the problem of refugees on a fair basis,” Abbas said in a televised statement in Ramallah. According to Abbas, there will be no peace without recognition of East Jerusalem as the capital of Palestine.