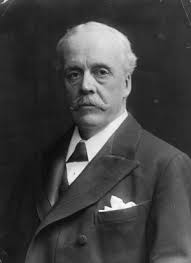 Palestine and America.. An Ongoing Tragedy

The Levant News – By Geoffrey Cook — As an American citizen, I have to admit that the relations between Washington and Ramallah are wretched, yet there are some indications for change.

When the British left Palestine after World War II, the United States stepped in to fill the vacuum of the super power over the Holy Land although they extended and accepted the Belfour Declaration of 1917.  Basically, a commitment to a Zionist entity or a “Jewish” State within and over the former Mandate of Palestine, and set the stage for the Israeli Settler Colonialism of today.  That State was originally to cover only a Partitioned portion of the (former) Mandate.

The American President in the late 1940s, Harry Truman, although a man of secular temperament, came from the Bible Belt state of Missouri, where a uniquely Fundamentalistic American form of Christianity dominated, and, although he did not adhere to that theology, it influenced his worldview on a subconscious level.  This Christian Essentialism is saturated with the Old (or Jewish) Testament (scriptures).  Thus, the establishment of the (modern) State of Israel came out of a very American theology which is widespread still in the contemporaneous North American continent.  Today, even more than global Jewry, the land of the modern Hebrews depends upon (American) Christian Zionists who know very little of the rightful claim of the indigenous Palestinians (DNA, etc.) to the Holy ground of 3,000 years ago whereas the average Jew is only indirectly so due to the intermixing of individuals within their Diaspora over a period of two millennia.

Since its invention, modern Israel has been a conception of the American States and willing facilitator of the latter’s foreign policies – especially in the Middle East.  The U.S. became the former’s protector.  In a sense one became the image of the Other.  The Palestinian became a non-person.  Further, Palestine, although a tri-sectarian political State, was conceived in the West as Islamic. This brings in the issue of the mythology of Islamophobia by the U.S. Congress and populace although not by the Executive – especially the State Department.

One cannot talk of Palestine without considering Israel for they both contest and inhabit the same geological space.  At the same time, Tel Aviv’ policy of Settler Colonialism has become unbearable and harsh to the indigenous Arabs of the Occupied t

Territories.  Whereas unquestionably Israel is the tyrant, America is the enabler.  The Hebrews could not survive in the midst of the hostile Arab world without the patronage of the American super power.

America’s patronage of the Jewish State came out of a feeling of guilt for the Holocaust although historically the Americans were the saviors of European Jewry – not its oppressors.  The second, is the mythological understanding of Fundamentalist Christian theology of the Old Testament and only third, geo-political practicality.

For a small nation, Israel is an overly mighty regional power.  On paper, it is one of the three hegemons of the MENA area.  It is the United States’ military and economic aid which makes it so.  If the States withdrew its aid, Israel would cease to exist as a regional force.  The positive feature is that that commitment is shifting in the Metropolis, and, also within the mindset of American Jewry as well.

Regarding Palestine, liberal Jews and the American government’s official position is the two State solution of a Palestinian and an Israeli country.  Many progressive Jews (including Israelis) and Palestinians acknowledge the two State solution is dead.  A one State solution is becoming more inevitable, or a new Canaan, where there will be one vote per person.  That is not to be confused with the Hebrew Right-wing’s attempt for a Greater Israel which would involve a purge of the Palestinians from their own land.  What is feared by their Right is that the Jewish State will wither away in a one nation solution since Jews would be a plurality – not a majority — in the Israel/Palestine which would emerge.

Despite the recent $30 billion aid package over the next ten years, the United States still stands for a separate Palestinian entity (leading to Statehood).  The failure of the Kerry Initiative – scuttled by the Likkud majority in the Knesset – has put that possibility far into the future.  Your author believes this will lead to an ever more radical Palestinian response.  Its rejection may have been the last chance for the long term survival of a Jewish State in the Middle East.

The Obama Administration in Washington has been the more sympatric to Palestinian grievances than any Presidency since Israel’s independence.  Both (the racist and jingoistic) Trump and the probable next President Hilary Clinton are Hawkish for Israel and, therefore, anti-Palestinian.  One must understand that Hilary was the Senator from New Yok, where one cannot even win dog catcher without the Jewish vote.  During her tenure as Secretary of State she did not show herself mindful of the Palestinian plight although we can find hopeful statements in a book she wrote while the First Lady during her husband’s administration wherein she was shocked and deeply move by the oppression of the Palestinians.

With the passing of Barrack Obama’s Presidency, progress towards support by the United States for Palestinian self-agency is slim.

*Dr. Geoffrey cook is an American researcher and historian.