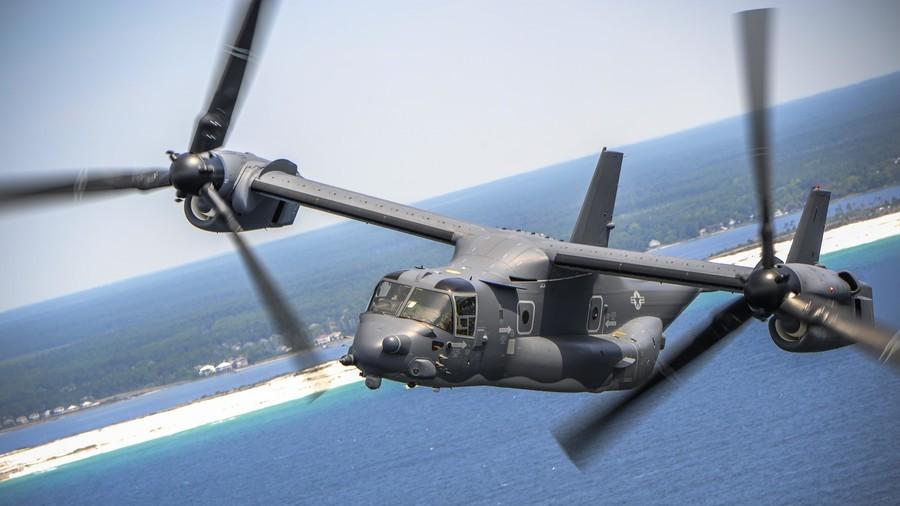 The Pentagon has thrown billions of dollars at over-engineered planes, but it can’t manage to keep them in the air.

The Air Force has grounded its fleet of Osprey aircraft in order to investigate a series of recent safety incidents, according to Breaking Defense. The news comes just a few weeks after the Air Force ordered inspections of its F-35 fleet due to ejector seat issues, which began flying again this week after an almost month-long stand-down.

The pair of incidents show the dangers of the military’s quest to replace older aircraft with high-tech planes that have a bad habit of breaking down. And the risk goes well beyond wasting taxpayer money: This year alone, eight U.S. soldiers have died in Osprey training crashes.

These recent incidents are far from the first issues that the Osprey has faced. The aircraft has a “tiltrotor” design, meaning that its twin propellers can be adjusted in order to fly like a helicopter or a plane. This leads to two things: The Osprey is very cool to look at, but it’s also very hard to keep in the air.

These issues have been clear from the start, as former Assistant Secretary of Defense Lawrence Korb told Responsible Statecraft back in June. “That darn thing should never have been bought,” said Korb, who was working in the Pentagon when the Osprey was being developed.

The Osprey’s latest problem is related to the aircraft’s clutch. In short, a safety feature that would allow the plane to fly with just one engine is malfunctioning, causing the power load to quickly shift back and forth between the plane’s motors. The sudden shift makes it difficult to control the aircraft, forcing the pilot to immediately land.

Air crews have managed to safely land the Osprey during a pair of such incidents that occurred in the past six weeks. But, as an Air Force spokesperson told Breaking Defense, “if the aircrew were unable to control the aircraft when the incident occurs, it could result in loss of control and uncontrolled landing of the aircraft.” In other words, a mixture of luck and skill was the only thing standing between the soldiers onboard and yet another deadly crash.