Breaking News
Home / In Depth / OPINION: What the Swiss can offer Lebanon 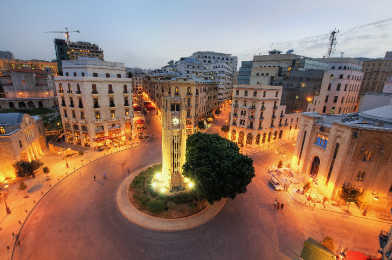 OPINION: What the Swiss can offer Lebanon

This week a Swiss delegation led by President Alain Berset is visiting Lebanon to strengthen “bilateral relations”. The team is also discussing the pressing issue of the Syrian refugees.

Lebanon hosts the largest refugee population in the world, per capita; and Switzerland is the “global capital” of human rights, particularly for concerns pertaining to refugees. The Lebanese are anxious to have the Syrian refugees return but their political leaders are divided over the timing and the process of planning the repatriation.  The population of Lebanon is four million; this tiny country hosts two million refugees: Syrians (one million), Palestinians (half a million), Iraqis (in transit for permanent asylum since Iraq war) and Kurds drifting from threatening neighboring countries. This is not to mention that Lebanon has over the past century sheltered thousands of intellectuals who fled their home countries to avoid persecution.

Lebanon has been shouldering an overload of migrants, who turn into refugees with the passage of time. Palestinians displaced by 1948 war became permanent refugees, due to the neglect of the international community. Incidentally, President Trump has recently decided to deny Palestinians their refugee status, subsequent to his earlier denial of the occupation of their land.

The repatriation of the Syrian refugees is at the center of Lebanese politics. President Assad is anxious to see his people return from Lebanon, soon and under his supervision. That is not happening since the Syrian political crisis is not over yet. The Lebanese are caught up in a domestic and regional conflict. Russia, Syria, Iran and Hezbollah are eager for early repatriation, whereas Saudi Arabia and its western allies are not. The technical process of return of the Syrian refugees is intimately tied to the political process of re-legitimization of President Assad. The politics related to the status of the Syrian regime is also complicating, if not threatening, the formation of the Lebanese government: three months of delay so far after the designation of Prime Minister Hariri.

It is natural for Lebanon to seek help from Switzerland on issues of refugees and migration, where the International Committee of the Red Cross, the Red Cross and Red Crescent International Movement and the United Nations High Commission of Refugees are located- in the city of Geneva.  Geneva also hosts a wide network of international human rights and social service organizations.

However, it does not seem that the circumstances of this visit are suitable for a deep exchange between the Swiss team and the top Lebanese leaders. For one thing, Lebanese politics is largely under the control of Saudi Arabia, for one camp, and Iran/Syria for the other.

This short visit of the Swiss delegation seems technical (being focused on refugees), but it is also symbolic. The Lebanese officials need to understand that they are morally and legally responsible for the safety of the refugees as long as they are on Lebanese soil. The Swiss are bound to emphasize that haste and pressure in returning the Syrians home is unwise. The Swiss will probably offer to participate closely alongside the Syrians, Russians, Iranians and other countries in helping Lebanon in the repatriation process.

At the roots of Lebanon’s political insecurity is the sectarian power-sharing formula. If the Swiss can get closer to Lebanon – through a process of sharing over an extended period of time- they may be able to share their “secrets” of success in inter-communal politics. The Swiss recipe of power sharing has three principal ingredients: rotation of the presidency, strict enforcement of rule of law and regional (rather than national or sectarian) distribution of power.

It will not be long before the current formula of power-sharing in Lebanon will be challenged again in the open. Rotation of political posts, regional representation and security through law and order (rather than sectarian affiliation) are ideas for the Lebanese to consider, if they are serious in the search for a badly needed alternative political system.

The Swiss ethnic communities are proud of their cultural heritage, but what makes them Swiss, first and foremost, is equality and prosperity, not language or ethnic identity. For management of cultural diversity in politics the Lebanese could learn more from the current Mayor of Geneva, Sami Kan’aan. Kan’aan, known for championing pluralism, was born in Beirut to a Lebanese father and a Swiss mother.

The refugee burden is a symptom of a larger political issue for Lebanon. Swiss-Lebanese sharing on political governance, human service, tourism and business makes a lot of sense.

Dune 2021 in Perspective: A Tale of Lofty Intentions buried under somebody else’s Sandcastles — PART I

By Emad El-Din Aysha, PhD A number of factors worked against me enjoying this movie. …