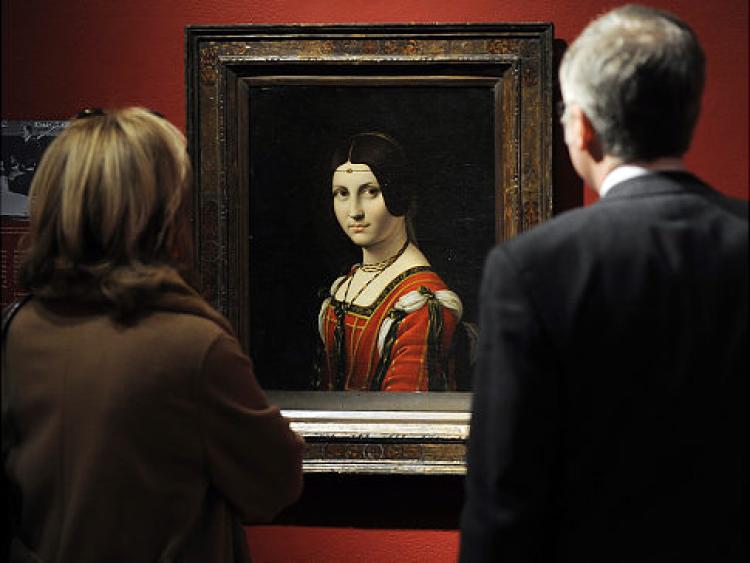 But tickets can also be bought on the day, according to the museum's helpline.

Tickets purchased online and on site will cost the same - Dh60 but priority will be given to those who purchased tickets online.

There will be parking including a valet option available adjacent to the museum for people arriving from 10am on Saturday.

A cafe will also be open from Saturday but an admission ticket is needed to gain entry.

Due to the high demand for tickets, museum officials are encouraging members of the public to visit after November 11.

Admission gives you access to the galleries, exhibitions, children’s museum and public spaces beneath the dome. Regular tickets cost Dh60 while Dh30 will buy entry for visitors between the ages of 13 and 22. Free access will be granted for children under 13 years and disabled visitors who are accompanied with one companion.

From Saturday, visitors will be able to view about 600 exhibits, half of which will be from the museum’s permanent collection. Artworks on display will include a self portrait by Vincent Van Gogh, "Children Wrestling" by Paul Gauguin; and "La Belle Ferronnière" by Leonardo da Vinci.

People who plan on visiting the museum on Saturday can expect to see a traditional al ayyala dance at 10am and Mali's Awa Troupe of Sangha, who will perform a parade at 3pm showcasing traditional dogon masks with drummers and musicians. An Etihad fly past of the iconic dome will take place at 4pm.

Tickets for the other two performances by Diawara on November 12 and Momposina on November 14 are still available and can be booked online at Dh200 a ticket.

Something to look out for on Sunday is "Music TV". Devised by Emirati artist Hind Mezaina, it is a montage of TV footage from the 1970s to the 1990s and forms a celebration of female singers and dancers as seen on TV in the UAE.

Entry to activities before the 9pm concert are included in the Dh60 ticket price.

Saturday's opening marks the end of a ten-year journey from when the museum was first announced in 2007.

The French president, Emmanuel Macron, along with a host of dignitaries and VIPs will be in town later this week for the official opening ceremony.