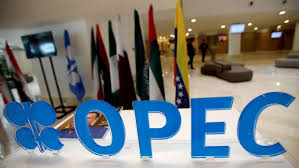 Oil prices fell the most in 11 months in New York as Saudi Arabia said it expects Opec and its partners to boost supplies later this year, easing restraints intact since early 2017.
US futures were down 4 per cent, the biggest drop since July 5, after Saudi Arabia Energy Minister Khalid Al Falih said the supply caps may be scaled back, though he added that no decision has been made. The $2.83 (Dh10.38) decline pushed the price below $70 at the close of trading for the first time since May 8.

The potential for an Opec policy change, following US President Donald Trump’s tweet complaining about high prices, scrambled the outlook for oil markets and undercut the stock prices of producers. The S&P 500 Energy index dropped 2.7 per cent.
“We’re starting to see growing concerns that producers could cut back on their output cuts,” said Gene McGillian, market research manager at Tradition Energy, in a telephone interview. “Taking that into consideration along with record US production levels, it’s triggered a nice amount of profit taking.”
Explorers in the US shale patch, meanwhile, were seen resuming their expansion plans this week as they continue to find a home for their crude around the world. US working oil rigs rose by 15 this week to 859, the highest level since March 2015 and the biggest weekly boost since February, according to data from Baker Hughes.

“We’ve been having plenty of exports to kind of alleviate any sort of glut here,” said Ashley Petersen, lead oil analyst at Stratas Advisors in New York. “There seems to be just enough crude and it’s all finding a home to go to.”
The Saudi oil minister made his pronouncement on the supply cuts at a meeting in St. Petersburg with his Russia counterpart, Alexander Novak, who echoed the comments. The two ministers plan to meet at least twice more before an OPEC gathering in Vienna next month, the Saudi minister said.
Oil has traded near a 3 1/2-year high on concern about supply disruptions from Venezuela and Iran. The rally has sparked worries that demand may falter, and the Organisation of Petroleum Exporting Countries and its allies appear to be reacting to that idea with the first offer to boost output since January 2017.
West Texas Intermediate for July delivery fell $2.83 to settle at $67.88 a barrel on the New York Mercantile Exchange. The contract lost 1.6 per cent to $70.71 on Thursday. Total volume traded was about 35 per cent above the 100-day average.
Brent futures for July settlement fell $2.35 to $76.44 a barrel on the London-based ICE Futures Europe exchange, the first weekly drop in seven weeks. The global benchmark crude traded $8.55 above WTI for the same month, the biggest premium in more than three years.
Futures for September delivery fell 1.6 per cent to 477.4 yuan a barrel in afternoon trading on the Shanghai International Energy Exchange. Prices are down 1.9 per cent this week. The contract rose 0.1 per cent to 485 yuan on Thursday.
Trump’s April 20 gave voice to a concern held widely in the US and other consuming countries that oil’s rally from less than $30 in early 2016 to more than $70 in New York risked becoming a threat to global economic growth. It also came ahead of the US Memorial Day holiday weekend, when high gasoline prices will be at issue.