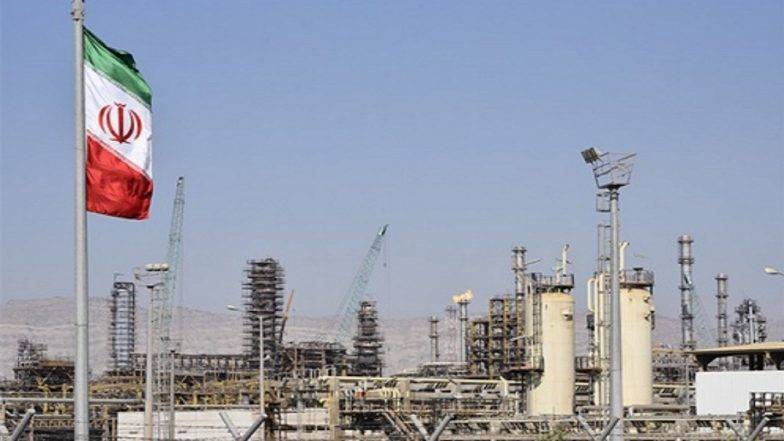 Oil up on Iran sanctions

Crude oil prices rose more than 1.0 per cent on Friday as US sanctions against Iran looked set to tighten supply, but futures contracts posted a weekly decline as investors worried that global trade disputes could slow economic growth and hurt demand for energy.

Benchmark Brent crude oil settled 74 cents higher at $72.96 a barrel on Friday. US light crude was 82 cents higher at $67.63 a barrel.
A sell-off on Wednesday left both benchmarks down for the week overall, with Brent off 0.5 per cent and US crude 1.2 per cent lower.
Hedge funds and other money managers cut their bullish positions on US crude in the week ending Aug. 7 to the lowest level since June, data showed on Friday.

Prices are expected to remain under pressure as US gasoline demand slows going into the autumn and refiners shut for maintenance, pushing more crude into storage, said Tariq Zahir, managing member at Tyche Capital in New York.
“I think it now comes down to the point of what we see in demand numbers.” US crude supplies fell less than expected in the latest week, and data released on Friday showed US energy companies this week added the most oil rigs since May.
Drillers added 10 oil rigs in the week to Aug. 10, bringing the total to 869, the most since March 2015, General Electric Co’s Baker Hughes energy services firm said on Friday.
Escalating trade disputes between the U.S, China and other countries have dimmed the outlook for economic growth and boosted the US dollar, making oil more expensive for consumers using other currencies.
Currencies of major emerging economies including China, India and Turkey have slumped.
Despite these worries, prices got a boost from US sanctions against Iran, which from November will affect oil exports from that country.
Although the European Union, China and India oppose the US sanctions against Iran, many are expected to bow to US pressure.
Analysts expect Iranian crude exports to fall by between 500,000 and 1.3 million barrels per day, with buyers in Japan, South Korea and India already dialling back orders.
The reduction will depend on whether buyers of Iranian oil receive waivers that would allow some imports.
The International Energy Agency said on Friday the oil market could see more turbulence.
“The recent cooling down of the market, with short-term supply tensions easing, currently lower prices, and lower demand growth might not last,” the IEA said in a monthly report.
“As oil sanctions against Iran take effect, perhaps in combination with production problems elsewhere, maintaining global supply might be very challenging.” Investors are wary of the trade dispute between Washington and Beijing.
In the latest round of levies, China said it would impose additional tariffs of 25 per cent on $16 billion worth of US imports.
Although crude oil was removed from the list, replaced by refined products and liquefied petroleum gas, analysts say Chinese imports of US crude will fall significantly.