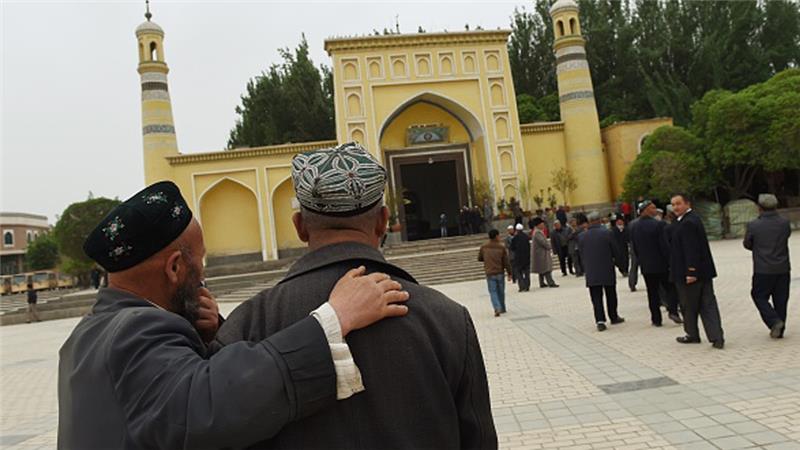 In an epochal development, India became the “Guest of Honour” at the 46th session of the Council of Foreign Ministers of the Organisation of Islamic Cooperation (OIC) held in Abu Dhabi in March. The final declaration eschewed the customary reference to Jammu & Kashmir (J&K). This can be considered unique since the previous Dhaka Declaration in May 2018 had contained this reference. Credit must go to the strong personal and state-to-state ties built by the Narendra Modi Government with important OIC states, especially the United Arab Emirates (UAE) in the Gulf.
At the same time, an OIC resolution (10/46-Pol) did refer to J&K and expressed concern at the situation of Muslims in India. This customary reference can be attributed to spread of canards by Pakistan which has fanned cross-border terrorism in J&K.
With 57 member states and a collective population of over 1.8 billion, the OIC is the world’s second-largest intergovernmental organisation after the United Nations (UN). Its mission statement is to protect the interests of the Muslim world. It routinely expresses solidarity with Palestine, Iraq, Afghanistan, Syria and Bosnia as well as with the people of the Turkish Cypriot state, Kosovo and J&K.
Under Pakistan’s malevolent influence, the OIC has traditionally disregarded the fact that India is a democratic and secular country, where every citizen is protected by the Constitution and is free to practice one’s religion. It also conveniently disregards the fact that India regularly holds state and general elections including in J&K, in stark contrast to the trammeling of human rights in the Pakistan-occupied Kashmir (PoK) and Balochistan and gross ill-treatment of the Ahmadiyas in Pakistan. The OIC turns a Nelson’s eye to Pakistan’s dreadful record on this score.
The case of China’s Xinjiang Province, which is much in the news recently on account of alleged violations of human rights and curbs on religious freedom of Uyghurs and other Muslim ethnic groups, is far more curious.
The Abu Dhabi Declaration, like the Dhaka Declaration (2018), made no reference to China or its Muslim minorities. It is intriguing that the Abu Dhabi resolution (No. 1/46-MM) should “commend the efforts of the People’s Republic of China in providing care to its Muslim citizens”. This would have come as a huge relief to China, especially since the review held by the UN Committee on the Elimination of Racial Discrimination in 2018 claimed, citing credible reports, that Beijing had “turned the Uyghur autonomous region into something that resembles a massive internment camp”. There are extensive media reports that China’s “Strike Hard Campaign Against Violent Extremism” has been used to carry out a major crackdown on the practice of Islam in Xinjiang.  Earlier, a Human Rights Watch report of September 09, 2018 had also criticised Beijing’s policies.
On its part, China has defended its policies and claimed that the so-called internment camps are actually vocational centers “to educate and save [the local people of Xinjiang] who were influenced by religious extremism……” In its White Paper in November 2018, China has projected Xinjiang’s culture as an integral part of Chinese culture. In December 2018, another Chinese White Paper on human rights in China addressed the Xinjiang issue at length.
All nations have a right to reject external interference in their internal affairs. However, while the OIC remains critical of India, it is wary of treading on China’s toes. Various OIC resolutions on “Muslim Communities and Minorities in Non-OIC Member States” have, in the past, referred superficially to the matter. For instance, the Islamabad OIC Meeting in May 2007 made an anodyne request to its Secretary General “to make contact with the Government of China” on the matter “and to subsequently report on these consultations”. The Baku OIC resolution of June 2006 made an appeal “to give special attention to the conditions of Muslims in East Turkistan (Xinjiang)..…and to examine the possibility of working out a formula for cooperation with the Chinese Government to evolve appropriate solutions for their difficulties and causes, and most particularly their civil and religious freedoms”.
China, no doubt, has resented the use of the term “East Turkestan” in OIC documents, reminiscent of the banned East Turkestan Islamic Movement (ETIM) of separatist Uyghurs from Xinjiang. Yet, China has engaged the OIC. Just before the Abu Dhabi meeting, China welcomed an OIC delegation to Xinjiang, a development which perhaps played a role in the OIC commending China.
The OIC remains mindful of how far it can go with its criticism of China considering that China is a major power, a permanent member of the UN Security Council, a large market for hydrocarbons, and, a source of arms and investment. Moreover, China refrains from preaching to others about human rights or systems of governance. As China’s continued import of oil from Iran suggests, countries under US pressure and sanctions often turn to China for relief. In return, they as well as “iron brother” Pakistan do their best to guard China’s interests at the OIC.
The OIC countries fall prey to Pakistani propaganda and support resolutions against India despite having excellent bilateral ties with India.  Ironically, many of them carry out egregious forms of repression against their own Muslim subjects and minority groups. Hypocrisy and double standards characterise the OIC’s “deep concern” over the Babri Mosque demolition in its 2019 resolution, which maintained a stony silence on reports of demolition of mosques in Xinjiang
It must be deeply embarrassing for the OIC that Pakistan’s Minister for Religious Affairs Pir Noorul Haq Qadri has urged China to lift restrictions on Muslims in Xinjiang. Chief of Jamaat-e-Islami-Pakistan, Sirajul Haq, also raised the matter with the Chinese Ambassador to Pakistan. It must be quite discomfiting for both Pakistan and the OIC that Hurriyat Chairman Syed Ali Shah Geelani too recently expressed concern order the plight of Muslims in Xinjiang and urged the UN, the OIC and Pakistan to take the “disturbing reports” very seriously.