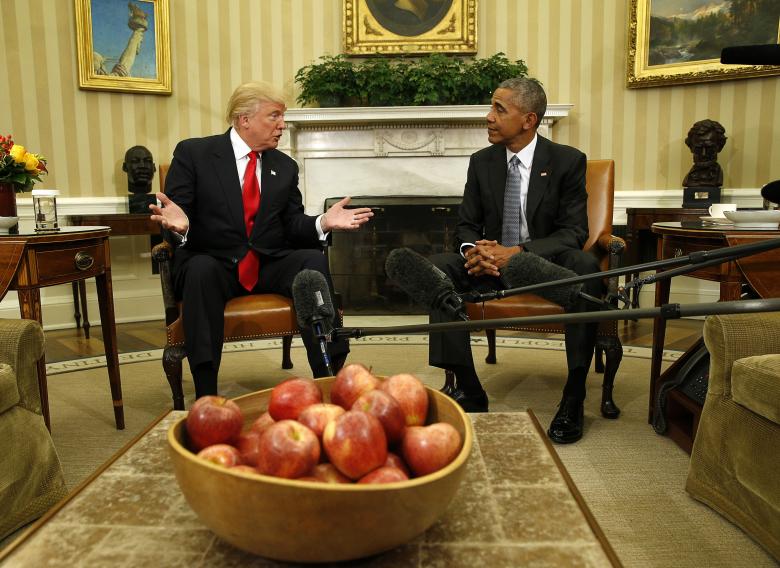 The Levant News – President Barack Obama said on Thursday he would support any move by President-elect Donald Trump to improve healthcare for Amercicans.

“Trump says that he can improve the health system. I believe that if he is able to insure the same number of people – better than I am – I would support this,” Obama told German television station ARD, according to a translation into German.

During the U.S. presidential campaign, Trump called for the Affordable Care Act, also known as Obamacare, to be repealed and replaced and labeled the 2010 law “a disaster.” He has since said he is considering retaining parts of Obama’s healthcare law.

Previous For Trump, filling 4,000 government jobs will be easier than you think
Next Turkey’s intervention in Syria from Syrian perspective

US promises response to Russia next week over Ukraine