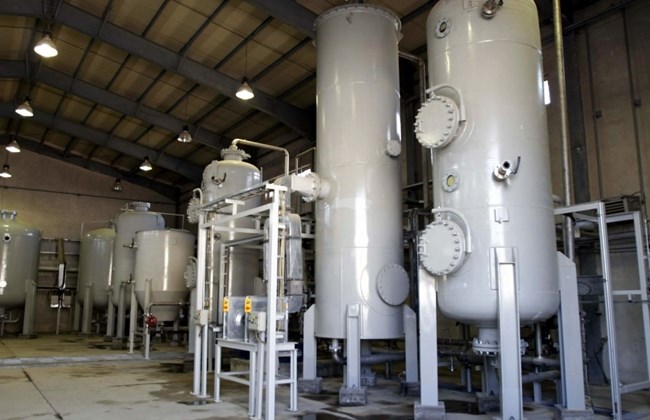 Obama legacy haunts Saudi as Iran pushes up enrichment to 60%

Iran has made 6.5 kg of uranium enriched to up to 60 percent, the government said on Tuesday, detailing a move that rattled the country’s nuclear talks with world powers by taking the fissile material closer to the nuclear weapons-grade of 90 percent.

Tehran said in April it would begin enriching uranium to 60 percent purity, a move that would take it much closer to the 90 percent suitable for a nuclear bomb, after the government accused arch-foe Israel of sabotaging a key nuclear site, according to Reuters.

Khalid Al-Matrafi, a Saudi political writer, told Arab News that Western powers will not allow the regime to possess nuclear weapons for military use.

He said that the Iranian move is based on attempts to strengthen its position at the negotiating table, especially after the setbacks the regime has recently endured, including the exposure of its nuclear program secrets.

“It is very important to remember that the US has confirmed through various officials that it is consulting its allies in the region, most notably Saudi Arabia, about the talks it is conducting indirectly with Iran, and this will help avoid the mistakes of the previous agreement,” he added.

Al-Matrafi was referring to the deal that was signed in July 2015 under US President Barack Obama. It offered Tehran billions of dollars in sanctions relief in exchange for agreeing to curb its nuclear program.

Stressing the need for Iran to abandon its 40-year policy of confrontation, Al-Matrafi said the countries in the region now want to see peace after decades of conflicts.

He said it is difficult for regional powers to coexist alongside a country that regularly reveals its intentions to act in a way that would negatively affect its neighborhood.

Tuesday’s disclosure comes amid Tehran and Washington holding indirect talks in Vienna aimed at finding ways to revive the 2015 deal between Iran and world powers.

Iran’s hard-line parliament passed a law last year to oblige the government to harden its nuclear stance, partly in reaction to former President Donald Trump’s withdrawal from the nuclear deal in 2018.

Previous Gigi Hadid feels forced to be too white for her own good
Next Lebanese baby formula latest victim of corona crisis, government indecision