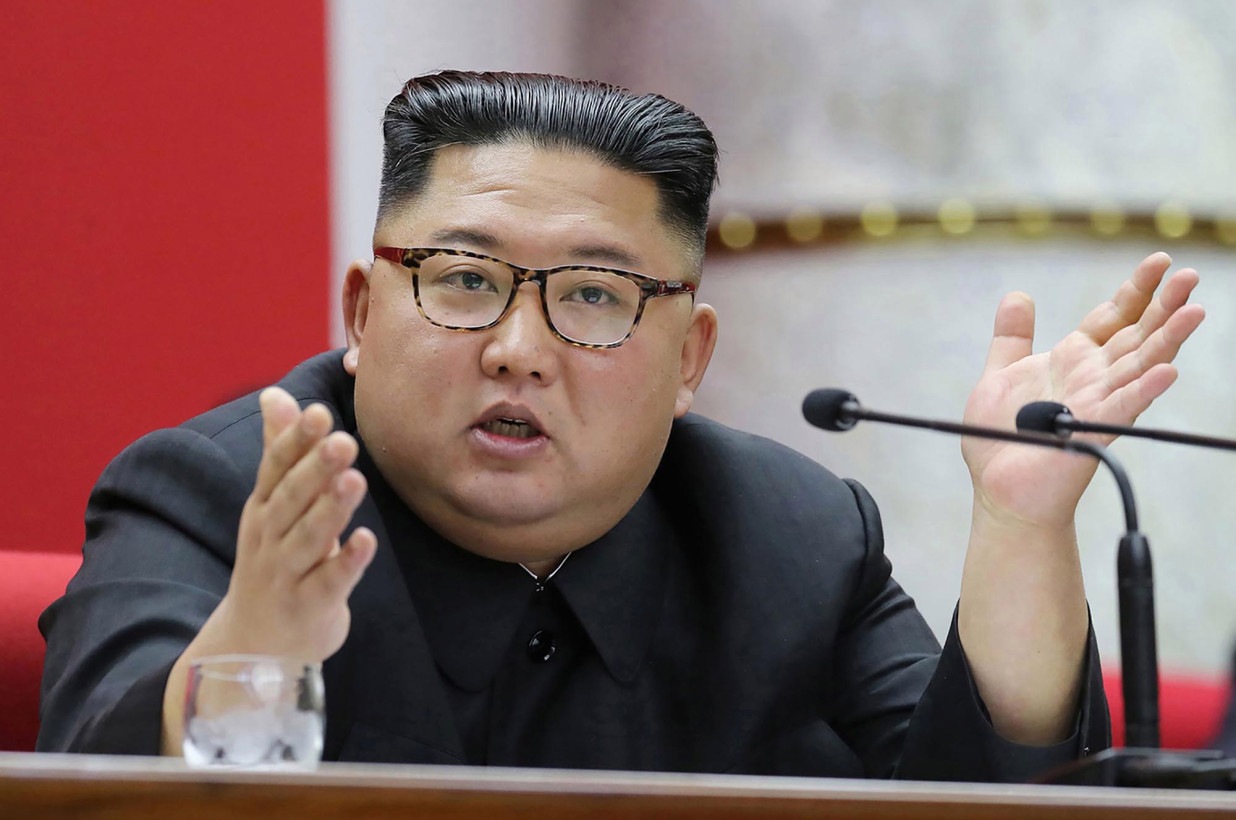 North Korean media hasn’t mentioned Kim’s health or whereabouts, even though other media have sparked international speculation about his well-being.

Kim Jong Un may be dead, according to a Hong Kong broadcast network, while a Japanese magazine is reporting that the North Korean dictator is in a “vegetative state” after he underwent heart surgery earlier this month.

A vice director of HKSTV Hong Kong Satellite Television, a Beijing-backed broadcast network in Hong Kong, claimed that Kim was dead, citing a “very solid source.” Her post on the Chinese messaging app Weibo has been shared widely on social media, according to a report in the International Business Times.

Other unconfirmed reports, attributed to senior party sources in Beijing, said an operation to insert a stent went wrong because the surgeon’s hands were shaking so badly. The North Korean dictator is in a “vegetative state” after he underwent heart surgery earlier this month, a Japanese magazine says.

The weekly Shukan Gendai reported Friday that a Chinese medic sent to North Korea as part of a team to treat Kim believed a delay in a simple procedure left the leader severely ill, Reuters reported. North Korean media hasn’t mentioned Kim’s health or whereabouts, even though reports by other media have sparked international speculation about his well-being.

The Chinese expert told the magazine that Kim clutched his chest and fell to the ground on a visit to the countryside earlier this month. A doctor accompanying Kim performed CPR and took him to a nearby hospital.

Kim, believed to be 36, needed a stent procedure, which calls for placing a tube into a congested blood vessel to allow blood to keep flowing to the heart, according to Shukan Gendai.

The hashtag #KimJongUndead was trending on Twitter but without any proof of the leader’s death. Earlier this week, Seoul-based website Daily NK reported that Kim was recovering after undergoing a cardiovascular procedure on April 12. The outlet cited one unnamed source in North Korea.

South Korean government officials and a Chinese official with the Liaison Department challenged subsequent reports suggesting that Kim was in grave danger after surgery, Reuters said. South Korean officials said they had detected no signs of unusual activity in North Korea.

President Donald Trump has downplayed reports that Kim is ill, and an official familiar with U.S. intelligence said the government had no reason to conclude he was seriously ill or unable eventually to reappear in public, Huffington Post reported.

This article was first published on NYPost.com