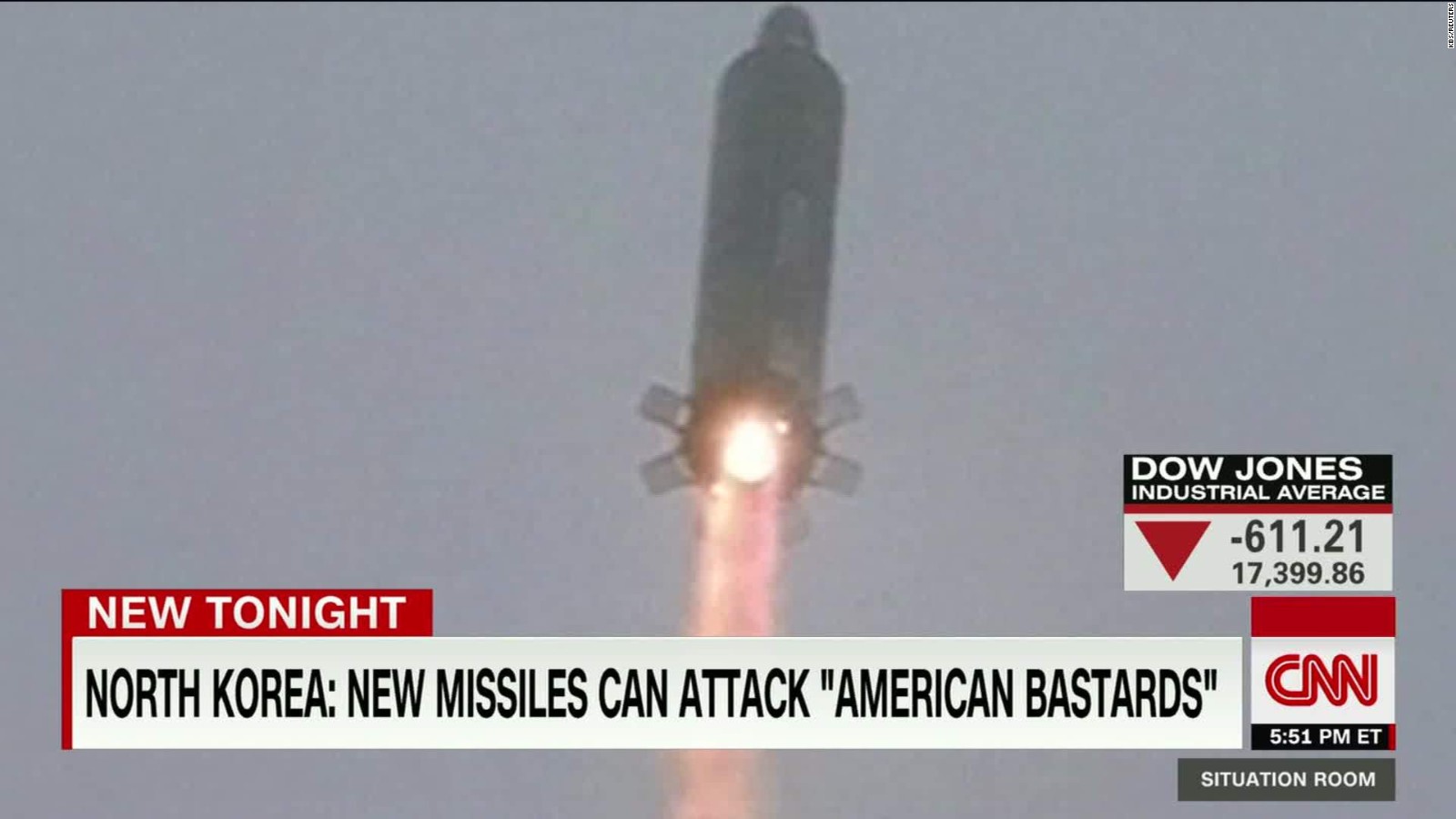 Image credits: The US is just as worried about Iran as North Korea

North Korea says it successfully launched a missile that can reach U.S. mainland

North Korea said Wednesday it successfully launched a new type of intercontinental ballistic missile capable of striking “the whole mainland of the U.S.,” claiming the isolated nation has achieved its goal of becoming a nuclear state.

The ICBM, called the Hwasong-15, appears to be the longest-range missile ever tested by the North. The missile flew about 600 miles in a high trajectory, but would have had a range of 8,100 miles had it flown in a flat trajectory, according to calculations by David Wright, an expert at the Union of Concerned Scientists. That would make it capable of reaching Washington, D.C.

North Korean news agency KCNA issued a report stating that the Hwasong-15 carried a “super-large heavy warhead.”  The report said that North Korean leader Kim Jong Un watched the launch and “declared with pride that now we have finally realized the great historic cause of completing the state nuclear force.”

The missile was launched from Sain Ni, near the capital of Pyongyang, and splashed down into the Sea of Japan, according to the Pentagon. The missile landed inside Japan's Economic Exclusion Zone.

Following the test, President Trump told reporters that the U.S. "will take care of it. ... It is a situation that we will handle."

The State Department announced it is launching an international effort to step up pressure on North Korea that could include interdicting ships carrying goods to and from that country.

Spokeswoman Heather Nauert said the joint U.S.-Canada effort will include 16 countries. "We have always been very clear that we would be open to talks with North Korea. But North Korea is not showing it is willing to sit down and talk," she said.

The North American Aerospace Defense Command (NORAD) determined the missile was not a threat to North America or U.S. territories.

It is not clear whether North Korea has mastered the technology, however, that would allow it to place a miniaturized nuclear warhead on an intercontinental ballistic missile.

"We remain prepared to defend ourselves and our allies from any attack or provocation," Col. Robert Manning, the Pentagon spokesman, said in a statement.

The launch came one day after reports surfaced that the Japanese government had intercepted radio signals suggesting another launch appeared imminent.

The launch was the first since Sept. 15, when North Korea fired an intermediate ballistic missile.

A lull of more than two months in a missile test prompted some analysts to wonder if the North Korean leader was signaling a desire to negotiate with the United States on the future of his nuclear program.

But analysts also cautioned against reading too much into the lull, noting that North Korea has traditionally fired fewer missiles in the last three months of the year. It is not clear why.

The latest launch would be the 16th test this year, a record for North Korea. It comes amid heightened rhetoric between Trump and Kim, with each threatening to annihilate the other in response to a first strike.

Last week the Trump administration reinstated North Korea on the list of countries that support terrorism.

The September test was an intermediate-range missile that flew over Japan and into the northern Pacific. North Korea also detonated its first hydrogen bomb this year.

On Tuesday, the South Korean government said North Korea could have a nuclear-tipped intercontinental ballistic missile capable of reaching the U.S. mainland as early as next year.

That timetable confirms other intelligence estimates that North Korea could have the capability to fire a nuclear-tippled missile at the U.S. in 2018.