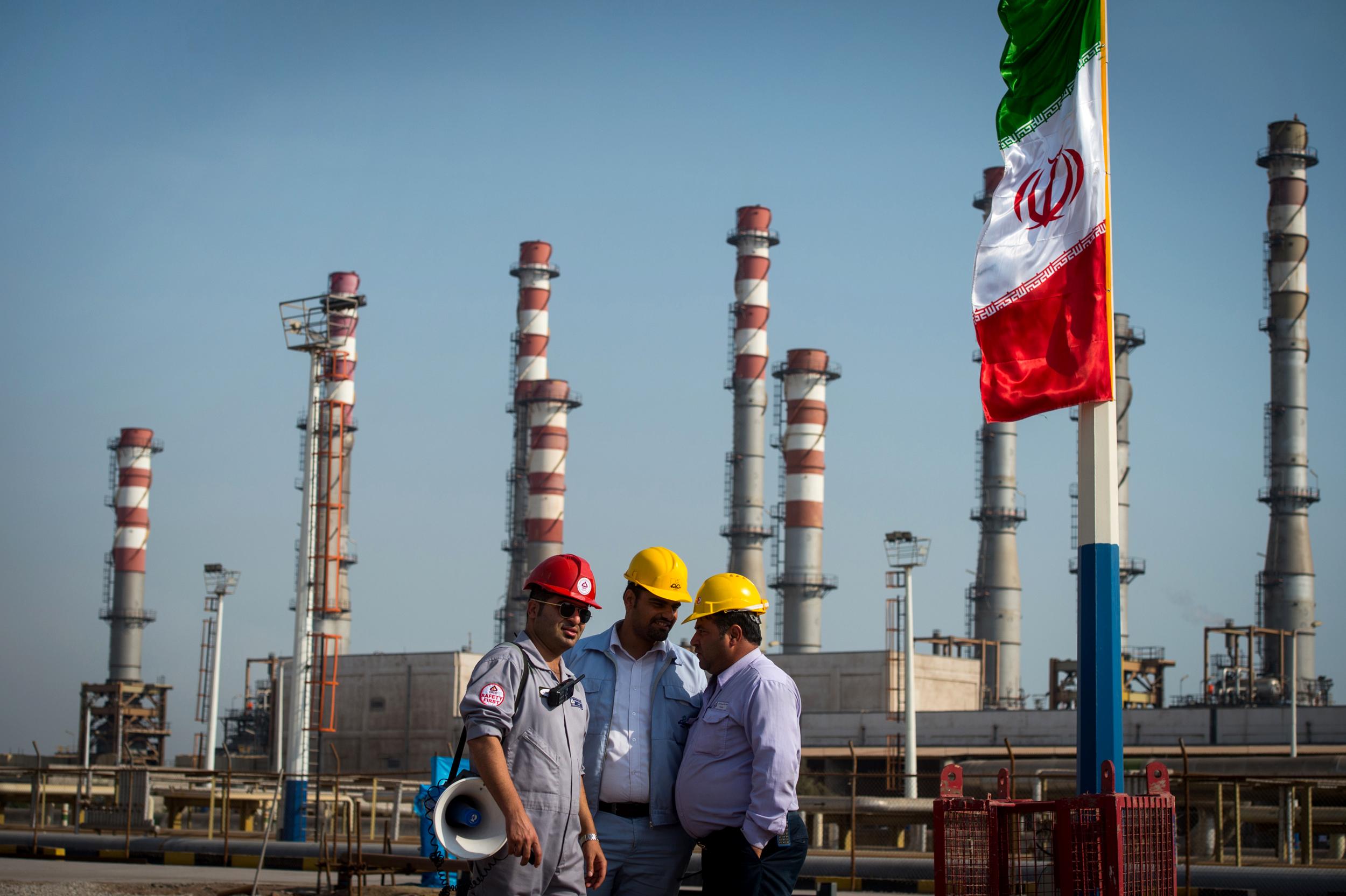 No, Iranians aren’t negotiating from a weak economic position

In fact its economy grew 4.3 percent last year, calling into question the hawks’ view that ‘maximum pressure’ is beating Tehran into submission.

The title of a Bloomberg article on August 25, “A Sick Economy Is Forcing Tehran’s Hand in Nuclear Deal Talks,” sums up the thinking of the opponents of a revived nuclear deal with Iran, known as the JCPOA.

Critics of the Biden administration’s attempt at a diplomatic solution to the Iran nuclear crisis is based on this simple argument — that Iran’s economy is sinking, so Washington should wait for a weaker Iran to offer more concessions.

This type of thinking prompted former President Donald Trump to exit the nuclear deal in 2018, expecting a quick collapse of Iran’s economy, with Iranian leaders either gone or willing to submit to U.S. demands in return for sanctions relief. The fact that three years later this has not happened and Iran is much closer to a nuclear breakout suggests deep flaws in this type of thinking.

Last year, Iran’s economy grew by 4.3 percent, and both IMF and the World Bank forecast growth of about 3 percent per year in coming years. Since 2012, under sanctions the non-oil GDP, which accounts for most of what Iran’s workforce produces, grew at 2.9 percent per year.

An Iran expert at the Foundation for Defense of Democracies (FDD), an organization not known for its support for the JCPOA or a peaceful resolution of the Iran nuclear crisis, described Iran’s economic growth as “impressive.” Praise for this otherwise modest growth is a clever way to attack the revival of the JCPOA and the consequent easing of sanctions: “Rather than the people, the likely beneficiaries of growth are corrupt officials and the security apparatus responsible for keeping the people down while waging proxy wars abroad.”

The argument is that releasing Iran’s frozen funds, estimated at as much as $100 billion, can boost Iran’s economic growth, as it did in 2016, when the JCPOA was briefly in effect, but won’t benefit the average Iranian.

Were it not for the fact that sanctions were designed to hurt the livelihood of Iranians in order to provoke them into riots that would put pressure on their leaders or overthrow them, such concern for the welfare of ordinary Iranians would be touching. President Trump was more blunt when he used to boast that his maximum pressure campaign had denied Iranians their daily bread.

But new data from Iran’s household income and expenditure survey, the year that ended on March 20, 2022, disproves the argument that resources given to the Iranian government would not help ordinary people.  Last year, personal incomes rose more than three times faster than GDP per capita. According to data from the Expenditure and Income Survey collected annually by the Statistical Center of Iran and available in unit record on its website (link in Persian), incomes rose last year at rates significantly higher than inflation. Inflation for the year was 42 percent, which was high and twice the average rate in the last decade, but incomes and expenditures outpaced inflation by a significant margin, rising by about 53 percent. As a result, adjusted for inflation, incomes rose by 11.5 percent nationally, by 12.1 percent in urban and 7 percent in rural areas, respectively. Real per capital expenditures rose at similar rates.

Clearly, the assertion that any benefits from the flow of JCPOA money to Iran will not benefit average Iranians is based on a misunderstanding of how Iran’s economy works. Average Iranians understand the economy and support sanctions relief, as demonstrated by the decisive elections of the moderate President Hassan Rouhani in 2013 and 2017, and broad support for the conservative Ebrahim Raisi’s pursuit of a revised agreement today.

One year of rising incomes does not an economic recovery make, nor is it likely to soothe by much the decade-long pains of the economic crisis that the average family has borne. Because of U.S. sanctions, and despite the increase in 2021, per capita real expenditures are still 11 percent below their level before sanctions tightened in 2010.

But does the turnaround in 2021 explain Iran’s hesitation to finally conclude the agreement that appears to be in its final stages? Encouraged by the positive economic news, and perhaps counting on rising European demand for oil this winter (due in part to Western sanctions against Russia), some Iranian hardliners have called on the Raisi government to delay any nuclear agreement. Expecting that a European winter of discontent will soften their position on any agreement with Iran is ironic, if not strange, for a country that has tolerated much worse punishment for over a decade just so it can stick to its strategic principles. So, the positive economic news is more likely the main reason for pressure to delay from Raisi’s right.

The Raisi administration would do well to resist such pressure and not take last year’s economic growth as a reason to go cold on the potential agreement now on the table. Its aim of reaching 8 percent growth per year during its first term, along with creating one million jobs and building one million homes a year, requires much more investment resources than it commands at present.

As I explained recently, last spring, after the 2021 survey ended and nine months after Raisi took office, employment was actually lower than a year ago, a clear sign that, without access to global markets, internal demand may not sustain economic growth even at 4-5 percent.

Shortage of investment resources is the most critical factor. For the last three years, gross fixed investment has been about 13 percent of GDP, which is insufficient to maintain the capital stock at its present level, let alone produce robust growth. This is down from over 30 percent in the 1990s and 25 percent as late as 2011. Oil exports are the main source of investment resources, but to keep oil and gas production up, the oil and gas sector alone needs investment close to a third of GDP.

For its part, the U.S. should consider Iran’s economic stability as a reason to be optimistic about reaching a durable deal with Iran. The conservatives now in power were sharply critical of the 2015 nuclear deal negotiated by Rouhani because they believe that Iran approached the negotiations from a position of weakness, before its economy had had time to adjust to sanctions. In contrast, the conservative Raisi team has tried, at great economic cost to Iran, to take its time in reaching a deal, in part to dispel the notion, captured by the Bloomberg headline, that it would negotiate when it is desperate enough.

Raisi’s promise not to tie the fortunes of the people to the nuclear deal, as counter-intuitive as it seems, is emphasizing that Iran can survive, if not do well, under sanctions and that it need not back down from its strategic aim of challenging U.S. hegemony in the region to have sanctions lifted.

Washington should therefore see Iran’s ability to stabilize its economy under sanctions as an opportunity to strike a durable nuclear agreement with a conservative-dominated government in Iran. Ultimately, contrary to common wisdom, an Iran confident of its ability to withstand maximum pressure, while retaining an adversarial stance toward the U.S., will have fewer reasons to undermine the terms of a revived JCPOA agreement.