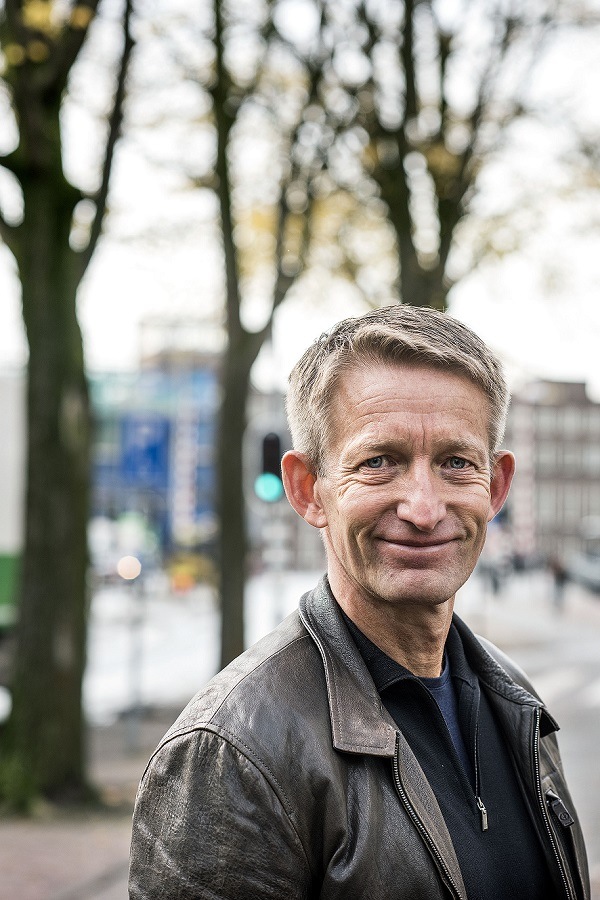 New systematic World War only a matter of time

The world is so focussed on the latest figures of Covid-19 deaths and infection statistics, only few people realize what is pending in the background; a new global systematic war. Dutch political scientist Ingo Piepers (PhD) expects a new systematic war to erupt in the nearby future: “It has not yet started, but that it is only a matter of time.”

By Arthur Blok
In 2016, the Dutch scientist published his thesis ‘2020: WARning’ in which he elaborates on the phenomenon of wars. In his thesis, he asserts that the global system produced, and still produces, two types of wars: systemic and non-systemic. He qualifies the latter as small wars, for example, between two nations with limited effects on the other hand, systemic wars could be qualified as ‘world wars’ and have a ‘rebalance’ of the global system as a result.

In his thesis Piepers states that systemic wars are periodically necessary in anarchistic systems to rebalance relationships among states and to implement upgraded international orders that provide, at least temporarily, relative stability to the world system. Not necessarily a traditional war where tanks and soldiers are on the frontline, but a war of information and psychological control.

Piepers elaborated on the current global events exclusively for The Levant.

If you analyse what is currently happening on the world stage with Covid-19 and the US-China crisis on the background, did the systematic war, that you predicted in 2016, start?
“To answer this question, it is also important to know how a next systemic war - that is a world war - will manifest itself. For sure, it will be fundamentally different from the last systemic war, the Second World War. Other technology is now available, such as the Internet, which also allows for other forms of warfare, such as cyber war.
Another factor that determines the form and shape of a next systemic war is how social systems, including the international system and societies, are structured. A next systemic war will be a mixture of more traditional forms of warfare between states involving 'armies', but also involve populations and communities. That is my guess.
My research suggests that the international system will become critical this year plus or minus two years. I think that at this point it has not yet started, but that it is only a matter of time.”

Piepers has studied all the major wars and global conflicts since 1495 up until present time. He elaborated on the Cold War period after the last systematic war (the Second World War: 1940 – 1945) up until present-day, a chaotic time in which the number of unresolved issues grew, and tensions accumulated in our global system.

Earlier this week US president Donald Trump escalated his war of words against the World Health Organization (WHO). He vowed to cut all US funds to the WHO and called for an investigation into the WHO's wrong calls in the Covid-19 crisis.

Is this something that is likely to further escalate post-corona, involving other Western states like we saw with the trade embargo against China?
“Trump's decision to suspend funding of the WHO will result in further politicization of the pandemic, also at the international stage. The pandemic further sharpens all kinds of issues, and also negatively affects international cooperation. Because communication and coordination structures are also affected, the risk of misunderstandings has also increased.
Irrespective of the question if WHO has reacted adequately or not, Trump apparently hopes to kill two birds with one stone, with this controversial decision: (1) shifting responsibility of his own inadequate and late response to the pandemic to the WHO and China, and (2) shifting attention away from issues in the US to rivalries with China, he can then exploit.
In this way Trump hopes to control and to manipulate the narrative. Trump knows how to make enemies for political purposes, and how to use them for his own advantage. Trump has become more vulnerable in the upcoming US elections because of the pandemic and his handling of it: The US economy is now in tatters, while the economy was his main promise for the campaign. More erratic decisions and accusations are to be expected.”

The PhD research of Piepers focuses on improving the overall understanding of war, the involved dynamics and the element of social evolution in the global system. Piepers makes use of complexity and network science, and modern thermodynamics identifying patterns in war dynamics that are produced by dissipate structures.

Will there be any significant shift of power on the world stage post-corona?
“It is too early to answer this question. The purpose of a systemic war - that is of a world war - is to 'interactively' design and implement an upgraded international order, that again reflects the actual balance of power and spheres of influence in the international system. This interactive process includes the formation of alliances, war-fighting and negotiations.
The current international order is obsolete, which explains its dysfunctionality and the accumulation of (unresolved) issues and tensions. A systemic war is also a lengthy process. That a shift of power occurs at the world stage, is without doubt (that is what a systemic war is about).”

Who will be the main actors?
“That are of course the United States and China, but countries like India and Russia also play a decisive role by choosing sides. Although the US has overwhelming military capabilities and assuming they actually have utility in a next systemic war, it does not automatically mean that the US is destined to become again the next superpower that can dictate the rules of a next international order.
Hard power matters, but also does the ability to form alliances, and the ability to deploy soft power. Trump's reckless and ill-considered decisions do not bode well for the US in case of a next systemic war. The WHO matters, maybe not for Trump - other than as a scapegoat - but it does for numerous other countries. Thus, a significant shift of power is only a matter of time, and of which the pandemic can be a trigger, but the outcome of this shift cannot be predicted at this time.

Is a Pax China a likely outcome?
“That can be an outcome, but it cannot be predicted at this stage.”

The IMF called the current economic crisis caused by the so called ‘Great Lockdown’ the worst economic downturn since the great depression.

Is China to be held responsible for that?
“No, that is not an accurate state of affairs. Although China could have contributed to the wide spread of the coronavirus by withholding information, as is stated by some, the economic downturn is above all the result of numerous interacting variables in the international system.
You can also argue that the economic downturn is a consequence of the (initially) ineffective response of European countries and the US, when disturbing information became available from China. In essence, the US response to the spread of the virus in January and February 2020, was not much different from China's response in November and December 2019: one of underestimation and denial, and overestimation of the ability to control the spread virus. Both Xi and Trump should have known better.
The fact that the virus is as economically and politically destructive as it is, reflects the state of the international system at this point in time. Typically, systemic wars are preceded by increased rivalries and tensions that undermine international cooperation. This condition of the system makes that the pandemic causes so much economic and political damage. Whereas during the financial crisis in 2007-2008, international cooperation was still possible at a global scale and also in Europe, that is now no longer the case.”

Arthur Blok is the Executive editor-in-chief of the Levant

By Arthur Blok - 1 week ago
Having two doses of a COVID-19 vaccine has been linked with negative protection against symptomatic infection with the disease, scientists say, while a previous infection without vaccination offers around 50 percent immunity, according to a study analyzing the Omicron wave in Qatar. Another recent study suggested Pfizer’s COVID-19 vaccine leads to lower levels of semen. By […]
Read story