Arthur Blok has been appointed as the new Executive editor-in-chief of the Levant News website. Blok replaces Dr. Haytham Mouzahem who will focus now on his research work at the Beirut Center for Middle East Studies, from which he also the director and founder.

The Dutch-Lebanese born journalist had a broad journalistic career in the past 20 years. He has been active in the various fields of journalism. Blok started his career in 1999 while he was still studying for his Journalism Bachelor’s degree. He published in various Dutch magazines while he was the editor-in-chief of a popular local student newspaper.
After he graduated from the School of Journalism in 2001 he moved to Lebanon. For years he worked there as the Middle East correspondent for the Dutch Associated Press Services in countries such as Syria, Iran, and Lebanon. Blok was based in Beirut but traveled quite regularly to those countries as a reporter.
In 2005 he returned to the Netherlands to lead a team of a young journalist as the chief parliamentary correspondent for the NOVUM News press agency. In the years he lived in the Netherlands (2005 – 2014) he worked for a variety of Dutch and international newspapers & magazines and for different Dutch & Lebanese Radio- and Television stations. He also lectured at the University of Applied Sciences in Utrecht at the Institute for Media.
In this period he published five books in Dutch. His debut autobiography Mijn zoektocht in Libanon, was translated into Arabic by Lebanese publisher Naufal( خفى في السكون).
Blok also wrote a modern history of Lebanon (Morgen Misschien) and published two unauthorized biographies of Dutch right-wing politician Geert Wilders (in 2008 and 2018).
In more recent years Blok also specialized in the aspects of Corporate Journalism, and more specifically those of modern Corporate Communication. Blok holds a master’s degree in Political Science – International Relations – from the Amsterdam University.
Since April 2018 he is the Executive editor-in-chief of The Levant News besides his work as a correspondent for various Dutch newspapers and magazines. Blok is based in the United Arab Emirates but travels to Lebanon quite regularly. 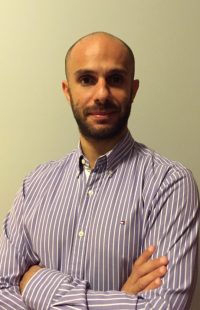 The “new Cold War” between the US and Russia in northeast Africa intensifies. Washington and …