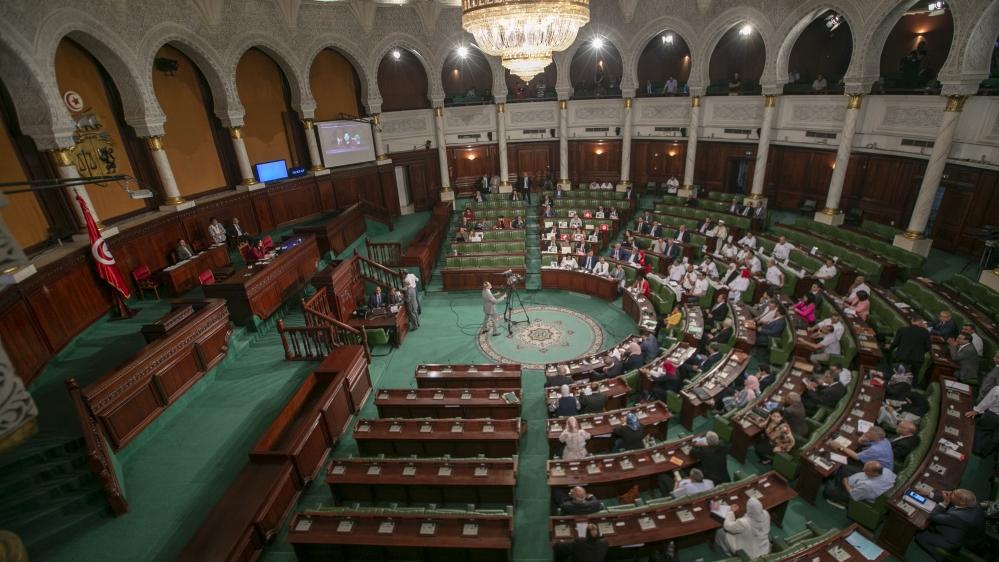 President Kais Saied has condemned “illegal” meetings of Tunisia’s parliament which he suspended last July, saying those responsible for the planned virtual sessions were trying to sow chaos.

The North African country is in the throes of a deep political and economic crisis which took a dramatic turn last July 25 when Saied sacked the government and suspended the assembly, later moving to rule by decree.

His opponents have labelled the moves a “coup” against the fraught democracy that emerged after the 2011 revolution that overthrew dictator Zine El Abidine Ben Ali and sparked the Arab Spring revolutions.

Parliament speaker Rached Ghannouchi, head of the Islamist-inspired Ennahdha party, has called for a plenary session on Wednesday to discuss Saied’s “exceptional measures” imposed since July.

In a video published by his office late Monday, the president said that “the so-called ‘virtual meeting’ is illegal because the assembly is frozen.”

Talking at a meeting of his National Security Council, he accused his rivals of “coup attempts” and said the security apparatus would deal with those attempting to create “domestic strife.”

Ghannouchi, whose party has dominated Tunisian politics since the revolution and is seen as Saied’s main rival, made his call during a virtual meeting bringing together heads of parliamentary blocs on Monday.

The MPs also decided to hold another plenary on Saturday to discuss Tunisia’s deteriorating economic situation and public finances.

They did not specify how the plenary would be held, but the parliament building has been closed by security forces since Saied’s power grab last year.
Saied dismissed the moves as “wretched and worthless,” mockingly saying that if they wanted to meet they could do so “in a spaceship.”

Such moves threaten to “drag the country into conflict,” spokesman Sami Tahri said.