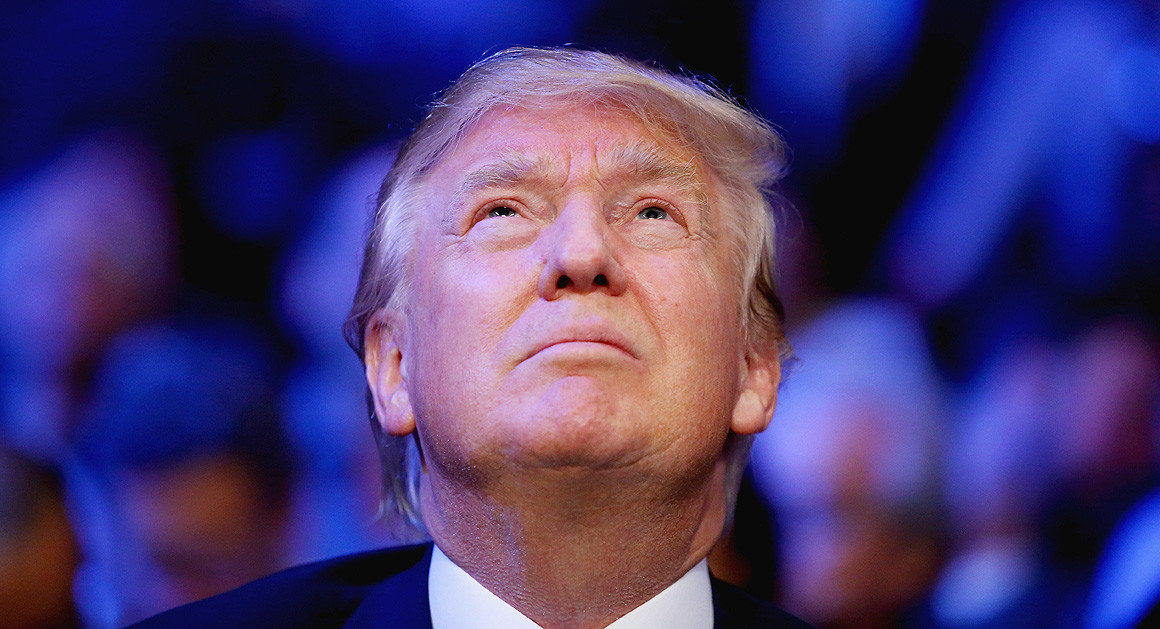 Prominent Republican hawks are debating whether to hold their noses and vote for Clinton instead.

By MICHAEL CROWLEY for POLITICO — Donald Trump calls the Iraq War a lie-fueled fiasco, admires Vladimir Putin and says he would be a “neutral” arbiter between Israel and the Palestinians. When it comes to America’s global role he asks, “Why are we always at the forefront of everything?”

Even more than his economic positions, Trump’s foreign policy views challenge GOP orthodoxy in fundamental ways. But while parts of the party establishment are resigning themselves or even backing Trump’s runaway train, one group is bitterly digging in against him: the hawkish foreign policy elites known as neoconservatives.

In interviews with POLITICO, leading neocons — people who promoted the Iraq War, detest Putin and consider Israel’s security non-negotiable — said Trump would be a disaster for U.S. foreign policy and vowed never to support him. So deep is their revulsion that several even say they could vote for Hillary Clinton over Trump in November.

“Hillary is the lesser evil, by a large margin,” said Eliot Cohen, a former top State Department official under George W. Bush and a strategic theorist who argues for a muscular U.S. role abroad. Trump’s election would be “an unmitigated disaster for American foreign policy,” Cohen said, adding that “he has already damaged it considerably.”

Cohen, an Iraq war backer who is often called a neoconservative but said he does not identify himself that way, said he would “strongly prefer a third party candidate” to Trump, but added: “Probably if absolutely no alternative: Hillary.”

In a March 1 interview with Vox, Max Boot, a military historian at the Council on Foreign Relations who backed the Iraq War and often advocates a hawkish foreign policy, said that he, too, would vote for Clinton over Trump. “I’m literally losing sleep over Donald Trump,” he said. “She would be vastly preferable to Trump.”

Cohen helped to organize an open letter signed by several dozen GOP foreign policy insiders — many of whom are not considered neocons — that was published Wednesday night by War on the Rocks, a defense and foreign policy website. “[W]e are unable to support a Party ticket with Mr. Trump at its head,” the letter declared. It cited everything from Trump’s “admiration for foreign dictators” to his “inexcusable” support for “the expansive use of torture.”

Several other neocons said they find themselves in an impossible position, constitutionally incapable of voting for Clinton but repelled by a Republican whose foreign policy views they consider somewhere between nonexistent and dangerous — and disconnected from their views about American power and values abroad.

“1972 was the first time I was old enough to vote for president, and I did not vote. Couldn’t vote for McGovern for foreign policy reasons, nor for Nixon because of Watergate,” said Elliott Abrams, a former national security council aide to George W. Bush who specializes in democracy and the Middle East. “I may be in the same boat in 2016, unable to vote for Trump or Clinton.”

Weekly Standard Editor Bill Kristol, something of a dean of Washington neoconservatives, said he would seek out a third option before choosing between Trump and Clinton.

“If it’s Trump-Clinton, I’d work with others to recruit a strong conservative third party candidate, and do my best to help him win (which by the way would be more possible than people think, especially when people — finally — realize Trump shouldn’t be president and Hillary is indicted),” Kristol wrote in an email.

Kristol and Abrams have advised Florida senator Marco Rubio, the preferred choice of several neoconservatives, who admire his call for “moral clarity” in foreign policy and strong emphasis on human rights and democracy.

Alarm brewing for months in GOP foreign policy circles burst into public view last week, when Robert Kagan, a key backer of the Iraq War and American global might, wrote in the Washington Post that a Trump nomination would force him to cross party lines.

“The only choice will be to vote for Hillary Clinton,” Kagan warned. “The party cannot be saved, but the country still can be.”

In an interview, Kagan said his opposition to Trump “has nothing to do with foreign policy.”

“What it has to do with is the health and safety of American democracy,” he added. “I don’t even know what Donald Trump’s foreign policy is. I don’t think anybody does.”

While neoconservatives believe America plays a unique role in defending global order and Western values, Trump has long complained about America’s military presence abroad and the protection the U.S. provides to prosperous allies like Saudi Arabia, Japan and South Korea.

Neocons depict Russian President Vladimir Putin as a sinister tyrant challenging America; Trump calls Putin a strong leader with whom he’d “get along very well” and proposes a more cooperative relationship with Moscow.

Neocons believe the U.S. must forcefully defend Israel. But while Trump insists his presidency would be “the best thing that could ever happen to Israel,” he has alarmed pro-Israel Republicans with his pledge to be a “neutral” arbiter in talks between Israel and the Palestinians.

Trump has shown little interest in the neoconservative cause of an interventionist foreign policy guided by principles like democracy and human rights. And he says the neocon project of invading Iraq may have been “the worst decision” in presidential history.

Some conservative foreign policy insiders opposed to Trump stop short of saying they would vote for Clinton, despite elements of her foreign policy record, such as her 2002 Senate vote to authorize force against Iraq, that they find appealing.

“I could never vote for Clinton under any circumstances,” said Abrams.

“I would ask Bob [Kagan] what job he thinks Sidney Blumenthal will have at the NSC before pulling the lever for Clinton,” he added — a reference to the longtime Clinton adviser and bete noir of the right.

Danielle Pletka, a defense expert at the American Enterprise Institute said she, too, would seek some alternative to Trump and Clinton.

“[W]hile I will never vote for a Democrat in wolf’s clothing like Trump, I will also never vote for a candidate as dishonest, as rapacious, as Hillary Clinton,” she wrote in an email. “My vote is a precious thing, and while I will certainly go to the polls, if those are my choices, I will write someone in. And no, it won’t be Bloomberg. :)”

The word “neoconservative” is subject to interpretation, and some conservatives consider it pejorative. Originally used to describe Democrats who adopted hard-line anti-Communist views during the Cold War, the word’s colloquial meaning roughly amounts to “hawkish GOP foreign policy intellectual.”

Neocons have shown little enthusiasm for Texas Senator Ted Cruz, who has singled them out for scorn. Speaking to Iowa voters in December, Cruz bashed what he called the “crazy neocon invade-every-country-on-earth and send our kids to die in the Middle East” element of his party.

Cruz has also attacked Rubio in debates for supporting military action to topple Middle Eastern dictators in Libya and Syria, and has said the world was better off with former Iraqi leader Saddam Hussein in power.

But the neocons reserve special scorn for Trump.

“A Trump presidency would represent the death knell of America as a great power,” Boot writes in the March 7 issue of the Weekly Standard, along with Council on Foreign Relations economist Benn Steill.

Steill and Boot — who also has advised Rubio — call Trump “singularly ill-equipped to manage the resulting turmoil” from his policies. They recall the September radio interview in which Trump confused the Kurds with Iran’s elite military Quds force and admitted he was unfamiliar with the leaders of major Islamist terror groups.

Cohen also added that he doesn’t oppose Trump solely on foreign policy grounds, calling the Manhattan mogul “the most dangerous demagogue in American politics in my lifetime.”

Mexico has dropped all COVID-19 entry requirements as of January. Together with El Salvador, the …