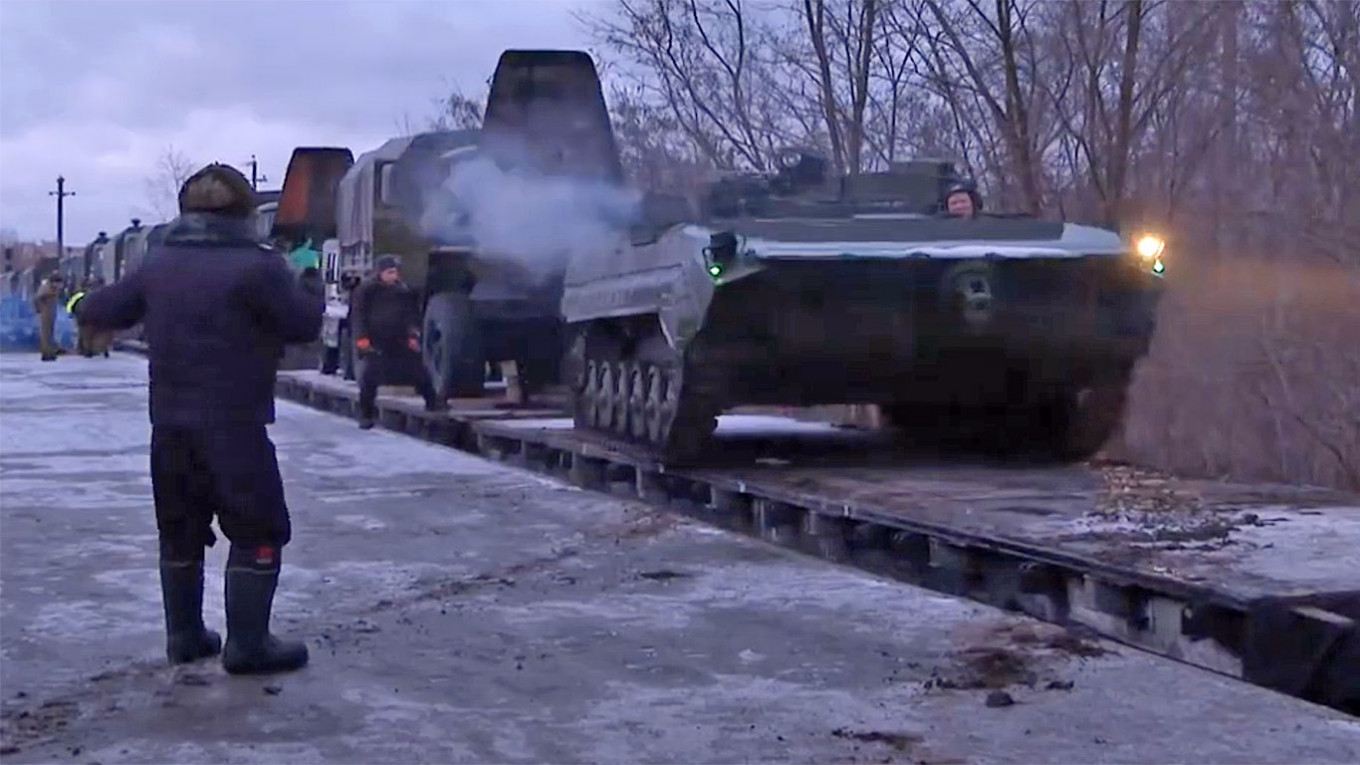 NATO Secretary-General Jens Stoltenberg expressed concern Thursday that Russia is continuing its military buildup around Ukraine, and that it has now deployed more troops and military equipment to Belarus that at any time in the last 30 years.

Russia now has more than 100,000 troops stationed near Ukraine's northern and eastern borders, raising concern that Moscow might invade again, as it did in 2014, and destabilize the Ukrainian economy. Russian officials deny that an invasion is planned.

"Over the last days, we have seen a significant movement of Russian military forces into Belarus. This is the biggest Russian deployment there since the Cold War," Stoltenberg told reporters at NATO headquarters in Brussels.

He said that Russian troop numbers in Belarus are likely to climb to 30,000, with the backing of special forces, high-end fighter jets, Iskander short-range ballistic missiles, and S-400 ground-to-air missile defense systems.

"So, we speak about a wide range of modern military capabilities. All this will be combined with Russia's annual nuclear forces exercise, expected to take place this month," Stoltenberg said.

He called on Russia to "de-escalate," and repeated warnings from the West that "any further Russian aggression would have severe consequences and carry a heavy price."

NATO has no intention of deploying troops to Ukraine should Russia invade, but it has begun to reinforce the defenses of nearby member countries — notably Estonia, Latvia, Lithuania and Poland. The 30-nation military alliance also plans to beef up its defenses in the Black Sea region near Bulgaria and Romania.