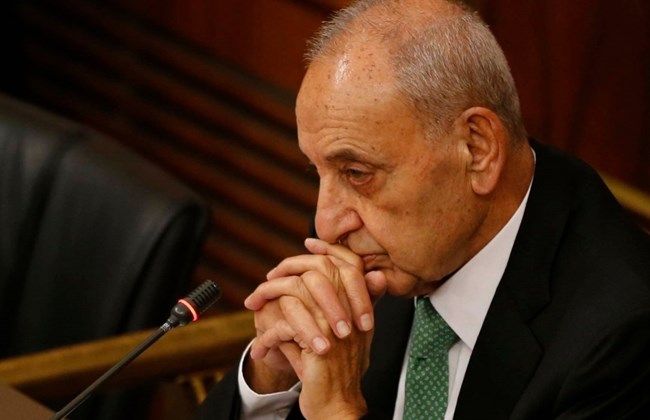 Lebanon's Parliament Speaker Nabih Berri on Friday referred a much-awaited capital control draft law to the joint parliamentary committees, which will now study it before referring it to parliament’s general assembly.

Berri’s move comes a day after Lebanon and the International Monetary Fund reached a tentative agreement for comprehensive economic policies that could eventually pave the way for financial aid for the crisis-hit country, after Lebanon implements wide-ranging reforms.

Among the requested reforms is the recent re-endorsement of the controversial capital control law.

An earlier version of the draft law had been recently rejected by the joint parliamentary committees, which prompted the government to send an amended version.

Lebanese banks have imposed informal capital controls since the economic crisis began in October 2019. Since then, people do not have full access to their savings and those who withdraw cash from their U.S. dollar accounts get an exchange rate far lower than that of the black market.

Some banks are meanwhile accused of bypassing those exact same capital controls by helping the political elite squirrel billions of dollars overseas.

Tags:
IMF, Parliament Speaker Nabih Berri on Friday referred a much-awaited capital control draft law to the joint parliamentary committees, which will now study it before referring it to parliament’s general assembly.October 2019