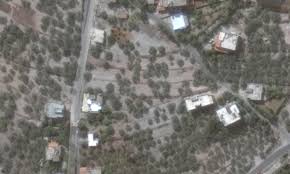 The sound of a blast was reportedly heard overnight between the southern towns of Houmine and Deir al-Zahrani of the Nabatiyeh district.

The causes of the blast, followed by a fire outbreak, remain unknown.

Media reports said that at 1:30 am, the residents of the area heard a blast, than saw a fire erupting in the outskirts of the town.

“Partisans prevented reporters from reaching the site,” an-Nahar newspaper reported, adding that “there is a military center for Hizbullah at the area where the blast went off.”