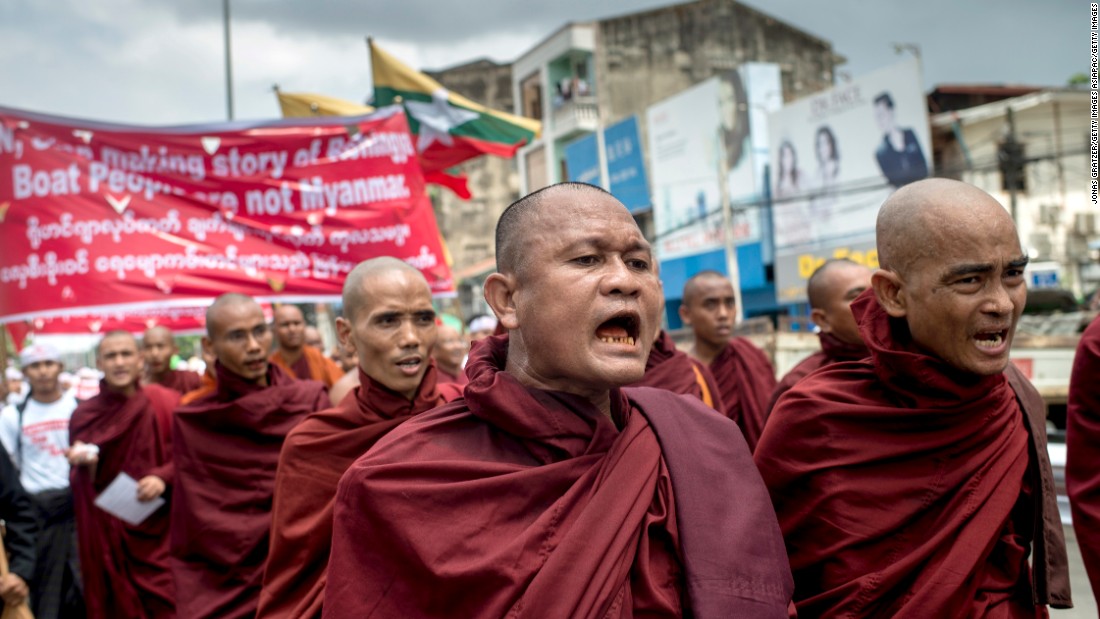 An Israeli-Canadian lobbyist hired by Myanmar’s junta will be paid $2 million to “assist in explaining the real situation” of the army’s coup to the United States and other countries, documents filed with the U.S. Justice Department show.

More than 60 protesters have been killed and 1,900 people have been arrested since Feb. 1, when Myanmar’s generals seized power and detained civilian leaders including State Counselor Aung San Suu Kyi.

Ari Ben-Menashe and his firm, Dickens & Madson Canada, will represent Myanmar’s military government in Washington, as well as lobby Saudi Arabia, the United Arab Emirates, Israel and Russia, and international bodies like the United Nations, according to a consultancy agreement.

The Montreal-based firm will “assist the devising and execution of policies for the beneficial development of the Republic of the Union of Myanmar, and also to assist in explaining the real situation in the Country,” read the agreement, submitted on Monday to the Justice Department as part of compliance with the U.S. Foreign Agents Registration Act and published online.

A spokesman for the Myanmar military government did not answer telephone calls from Reuters seeking comment.

In a pitch that has been met with widespread skepticism, Ben-Menashe told Reuters he had been tasked with convincing the United States that Myanmar’s generals wanted to move closer to the West and away from China. He said the generals wanted to resettle Rohingya Muslims who fled a 2017 military assault for which the United Nations has accused those same generals of overseeing a genocide.

“It is highly implausible that he could convince the United States of the narrative he’s proposing,” said John Sifton, Asia advocacy director at Human Rights Watch.

Other documents submitted by Ben-Menashe showed the agreement was reached with the junta’s defense minister, General Mya Tun Oo and that the government would pay the firm $2 million.

Mya Tun Oo and other top generals have been sanctioned by the U.S. Treasury Department and the Canadian government, so the paperwork says the payment will be made “when legally permissible.”

Lawyers told Reuters that Ben-Menashe could be in breach of sanctions.

“To the extent that he is providing services to sanctioned parties from the United States without authorization, that would appear to be a violation of U.S. law,” said Peter Kucik, a former senior sanctions adviser at the U.S. Treasury.

Ben-Menashe told Reuters he had received legal advice that he would need licenses from Treasury’s Office of Foreign Asset Controls (OFAC) and the Canadian government to accept the payment, but that he would not be breaking the law by lobbying for the junta.

“There’s technicalities here but we’ll leave it to the lawyers and OFAC to deal with it,” he said, adding his lawyers were in touch with Treasury officials.