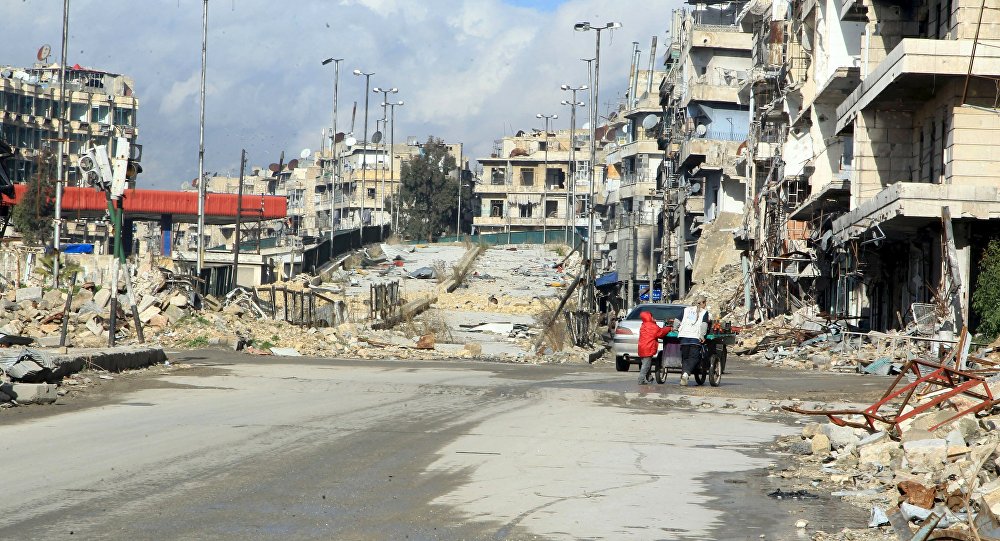 Moscow: Fight Against International Terrorism Russia's Only Goal in Syria

MOSCOW — Russia pursues only one goal in Syria and it is countering international terrorism, the Russian Foreign Ministry's spokeswoman Maria Zakharova said on Friday.
"In Syria, Russia is pursuing only one specific goal, it has been determined and announced — it is the fight against the international terrorism," Zakharova told Russia's Govorit Moskva broadcaster. © REUTERS/ OMAR SANADIKI Russia's Syria Operation Set Stage to Ending War, But US Would Have None of It Friday, September 30, marks a year since Russia launched its aerial anti-terror campaign in Syria after an official request from the Syrian government that has been fighting numerous extremist groups and opposition factions since 2011. In March, Russian President Vladimir Putin ordered the pullout of the bulk of the Russian contingent in Syria as the anti-terrorist campaign's objectives had broadly been completed. At the same time, Russia did not abandon its obligations to provide the Syrian government with weapons and military equipment, train military specialists. Hmeimim air base and a naval facility in the port of Tartus remain operational while Russia's S-400 and Pantsir air defense systems continue to be on duty in Syria to protect Russian servicemen in the war-torn country.