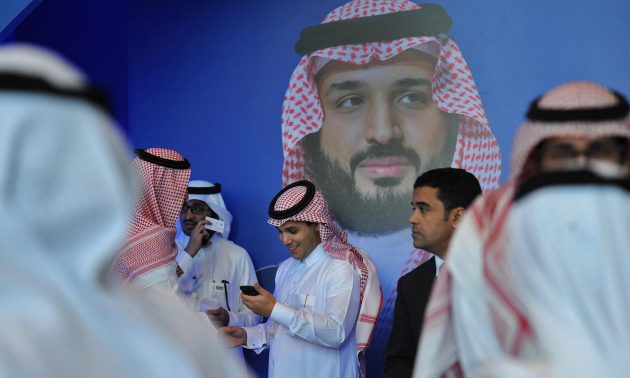 Mohammed bin Salman is on a make or break mission

We may think we know a lot about Saudi Arabia's Mohammed bin Salman, one year after he was elevated to Crown Prince. After all, the past 12 months have seen him blitz world capitals, wooing politicians, business leaders and populations alike promoting his vision for modernizing his country.

In London alone, he lavished a cool $1 million on advertising during a three-day trip, according to a source with knowledge of the visit. The US got a two-week version of the same charm offensive.
But much remains unknown about the Crown Prince, who has staked his leadership and potentially his country's stability on bringing power to his family. Failure could be dangerous for us all.
Front and center right now is the war in Yemen. He owns it, and the key battle that could turn the tide of the conflict in Saudi Arabia's favor is raging in the port city of Hodeidah.

Yemen: The deadly migration route that the world is ignoring
Not long after his father took the throne in January 2015, MBS, as he is known, initiated the desert kingdom's fightback against Iranian-backed Houthi rebels who had routed Yemen's elected government just over Saudi Arabia's long, porous southern border.
MBS was (and still is) defense minister, so any Saudi blood lost would be on his hands. He would be measured by the course and outcome of the war.
Soon after he green-lighted the confrontation, a border guard was killed in Najran, the first member of the Saudi forces to die in the conflict.
I raced up there from a nearby town and met the guard's family. MBS arrived soon after. Winning the war was important for him, but so was keeping Saudis on side with his grander plans.
Over the intervening years the conflict has escalated, several thousand Yemenis have been killed, a third of the country's population is short of food, and Houthi-fired, Iranian-made missiles frequently scud over hundreds of kilometers of desert to be shot down near the Saudi capital.
The lives of Riyadh's more than 7 million people are in MBS's hands, but the region as a whole is at risk: A mass-casualty event in the capital could push the young Crown Prince into open conflict with Iran.
But the war in Yemen is only one of the tensions facing MBS.
Saudi's image is so sullied by Osama bin Laden and the 9/11 attackers, 15 of whom were Saudi, and decades of laws limiting basic freedoms -- most notably those that affect women -- that his message has struggled to find wide traction, no matter how intensive his charm offensive has been.
Yet he needs the outside investment and faith in his abilities to realize his so-called Vision 2030, a gargantuan dream of a supercharged Saudi future, propelled out of its fossil-fuel dependence and into a diversified global marketplace employing the country's burgeoning youth population.
Locking up hundreds of Saudi's business elite, along with a fair few of his own relatives, including other Saudi princes -- albeit in a fancy hotel -- several months ago and accusing them of corruption didn't do him any favors when he hit the boardrooms. And the stories that stuck in people's minds were the ones his public relations teams couldn't suppress.
One of them is his reputation as a big spender. The PR gurus couldn't squelch the talk of his supersized yacht, or rumors that he owns the world's largest chateau and near-priceless pieces of artwork, or explain away his sudden billion-dollar spat with tiny neighbor Qatar.
In his shoes, the criticism of his free spending undoubtedly feels unfair.

The women who campaigned to overturn Saudi Arabia's driving ban
He is allowing women to drive and letting them go to sports stadiums, allowing music to be played on streets, permitting outdoor performances and, perhaps very significantly, marginalizing the kingdom's religious police. And Saudis are no longer forced to go to prayer five times a day.
Critics say the changes are merely cosmetic, and note that the government has arrested a number of women in recent weeks who have demanded further reforms.
But the atmosphere does seem more relaxed now than there was a year ago. As a friend there said recently as we were out walking the streets, he is no longer made to feel guilty, like he is being a "bad" Muslim.
He -- as was the case with almost everyone else I've talked with there since MBS became King in waiting -- wants the 32-year-old to succeed.
A few months ago, there were rumors of an attack on MBS' palace that turned out later to be palace guards shooting down a rich kid's drone.
In the hours spent waiting for the facts to emerge, my friend told me, his biggest fear was that MBS was the target of a coup aimed at stopping his reforms. "He has to succeed," my friend told me. "We can't go back."
More than any other Saudi before him -- with the exception of the nation's founding father, King Abdul Aziz Al Saud, also known as Ibn Saud -- MBS may be the most fearless leader the country will get.
He has shaken up the sclerotic body politic of Saudi government, and after several reshuffles, has invigorated and energized it.
Ministers and royals I've talked to describe MBS as a workaholic, consuming spreadsheets late in the night, calling ministers to his office and to account way after their bedtime.
His speed is obvious, the reasoning less so. The quicker he goes, the bigger the chance of a misstep.
For every minister forced from office, for every disenfranchised conservative cleric, for every rich royal hauled in for corruption and fleeced of allegedly ill-gotten billions, for every businessman shaken down, more potential enemies are created.
The risks of a fall are as apparent to MBS as they are to the rest of the kingdom and the region.
Failure on any significant front could trigger turmoil, from an ugly internal power struggle to an unintended showdown with Iran, either of which in a worst-case scenario could lead to surge in global gas prices.
In such circumstances, Saudi Arabia would go from being a potential force for long-term stability to a cause of regional -- and even global -- liability.
For now, MBS is keeping his footing, and the country's tribes -- through whom his power traditionally flows -- are either being bypassed or cutting him enough slack to pull his vision off.