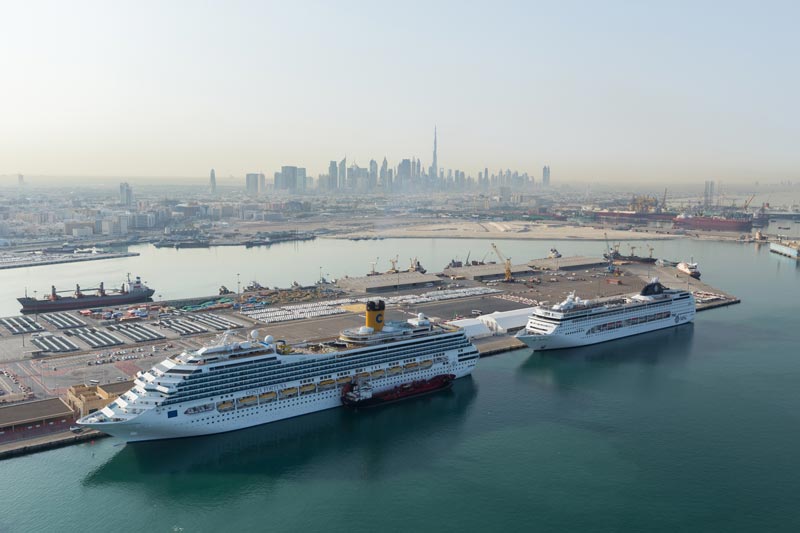 This is the first time the port receives four cruise ships together on one day, which confirms its readiness to meet the growing demand in the cruise tourism sector and corroborates the emirate’s plans to target a million cruise tourists by 2020.

The emirate of Dubai, turning into a major hub for cruise tourism, received 157 cruise ships during the current season 2016-2017, which started last October and will continue until next April.

Mohammad Al Mannaei, CEO P&O Marinas and Executive Director Mina Rashid, DP World pointed out that receiving four big cruise ships on one single day indicates the Port’s ability to cope up with the growth in the cruise tourism in Dubai.

“The port can receive seven cruise ships simultaneously on a 1900m quay and capacity of 18,000 tourists through terminals 2 and 3. Cruise Terminal 3 is the biggest of its type worldwide with a capacity of 14,000 passengers and 125,000 square metres of area,” he added.