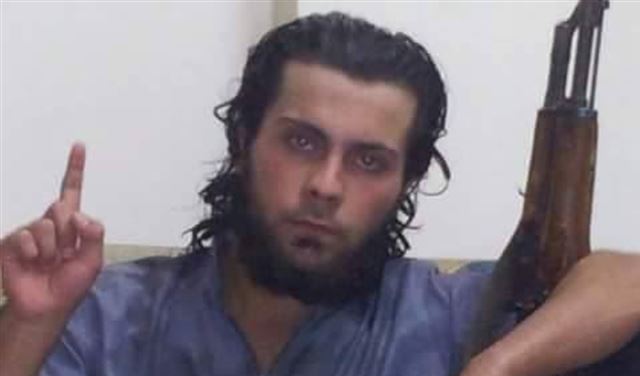 THE LEVANT NEWS — An Islamic State(ISIS) militant carried out a public “execution” of his mother because she asked him to leave the group, activists say.

Ali Saqr, 21, killed his mother, Lena al-Qasem, 45, outside the post office in Raqqa, Syria, eyewitnesses said.
Raqqa has served as IS’ de facto capital since the group captured the city in August 2013.

ISIS does not tolerate any dissent and imposes brutal punishments, often carried out in public.

The UK-based monitoring group, the Syrian Observatory for Human Rights (SOHR) and the activist group Raqqa is Being Slaughtered Silently (RIBSS) reported the incident. RIBSS however said that the woman was killed for the crime of apostasy.
Lena al-Qasem had reportedly told her son that the US-led military alliance fighting ISIS would “wipe out” the group, and tried to convince him to leave the city with her.

Her son is then said to have informed the group of her comment. They then ordered that she be killed.
Sebastian Usher, Middle East Editor, BBC World Service

ISIS has killed many people for apostasy, just as it’s murdered others for homosexuality or supposedly practising magic.
It’s the macabre twist of having Lena al-Qasem’s son kill her that’s captured the world’s attention.

As the air onslaught on ISIS in Raqqa intensifies, there’s recently been an apparent rise in the public murder of residents there for trying to tell the world what’s happening or challenging the group’s rule with their behaviour or desire to escape.
A young woman, Ruqia Hasan, was killed for writing about life under IS in the city, even as she tried to continue living as normally as possible.

Before it was taken over by ISIS, Raqqa was held by other rebel groups – some still true to the original impulse of political opposition to President Assad.

Many left, some were killed, but others remain – their unsilenced voices a rebuke to ISIS as the group faces an intensifying onslaught in Raqqa and elsewhere.

Ali Saqr is reported to have shot her outside the post office where she worked, in front of hundreds of people.
ISIS, a jihadist group which follows its own extreme version of Sunni Islam, took over large parts of Iraq and Syria in 2014.
Since then the group has killed more than 2,000 people for reasons including homosexuality, and for the alleged practice of magic and apostasy, according to the SOHR.