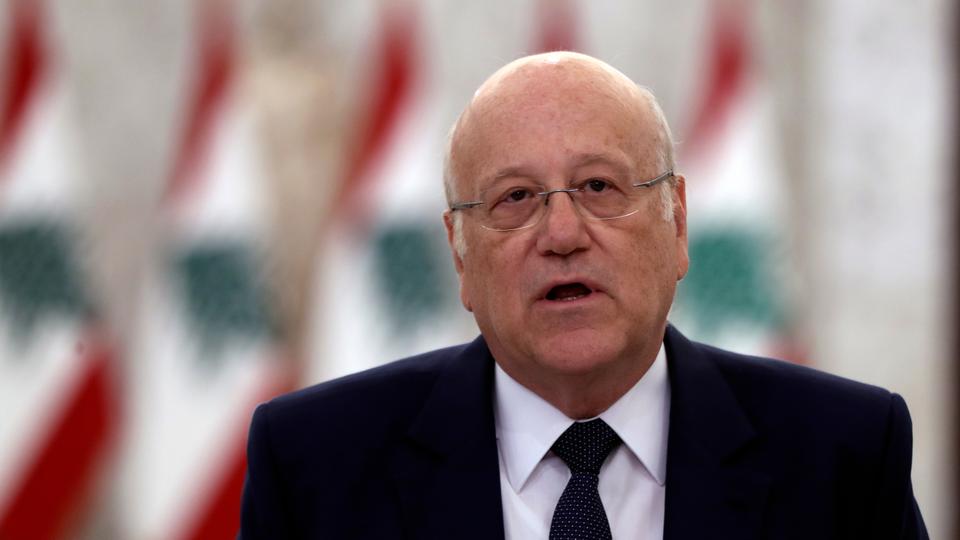 Mikati threatens UN that he will kick Syrian refugees out

Caretaker Prime Minister Najib Mikati on Monday said Lebanon was ready to expel Syrian refugees living in the country if the international community does not work to repatriate them.

Lebanon, grappling with its worst ever economic crisis, has the world's highest proportion of refugees in its population, with the government estimating that Syrians account for almost a quarter of its more than six million residents.

"Eleven years after the start of the Syrian crisis, Lebanon no longer has the capacity to bear this burden, especially under the current circumstances," Mikati said.

"I call on the international community to work with Lebanon to secure the return of Syrian refugees to their country, or else Lebanon will... work to get Syrians out through legal means and the firm application of Lebanese law."

Mikati's remarks were made during a ceremony launching the 2022-2023 Lebanon Crisis Response Plan, which is backed by the United Nations.

The U.N. humanitarian coordinator for Lebanon, Najat Rochdi, was in attendance.

Mikati's statement follows similar remarks made in May by social affairs minister Hector Hajjar, who said that Lebanon could no longer afford to host such a large refugee population.

On Monday, Lebanon appealed for $3.2 billion to address the ongoing impact of the Syria crisis, according to a UN statement. Some $9 billion have been provided in assistance through the Lebanon Crisis Response Plan since 2015, the UN says.

But a dire economic crisis that has plunged many Lebanese into poverty is exacerbating public resentment over the continued presence of Syrian refugees in the country.

Some political figures and pundits have recently posited that, thanks to cash handouts by aid agencies, Syrian refugees have been receiving more assistance than the poorest Lebanese.

Nine out of 10 Syrians in Lebanon are living in poverty, while poverty levels for Lebanese have also risen to cover more than 80 percent of the population.

Rights groups, including Human Rights Watch and Amnesty International, have warned against forced repatriation to Syria, where they have documented cases of detainment, torture and disappearance committed by the Syrian authorities against returnees.