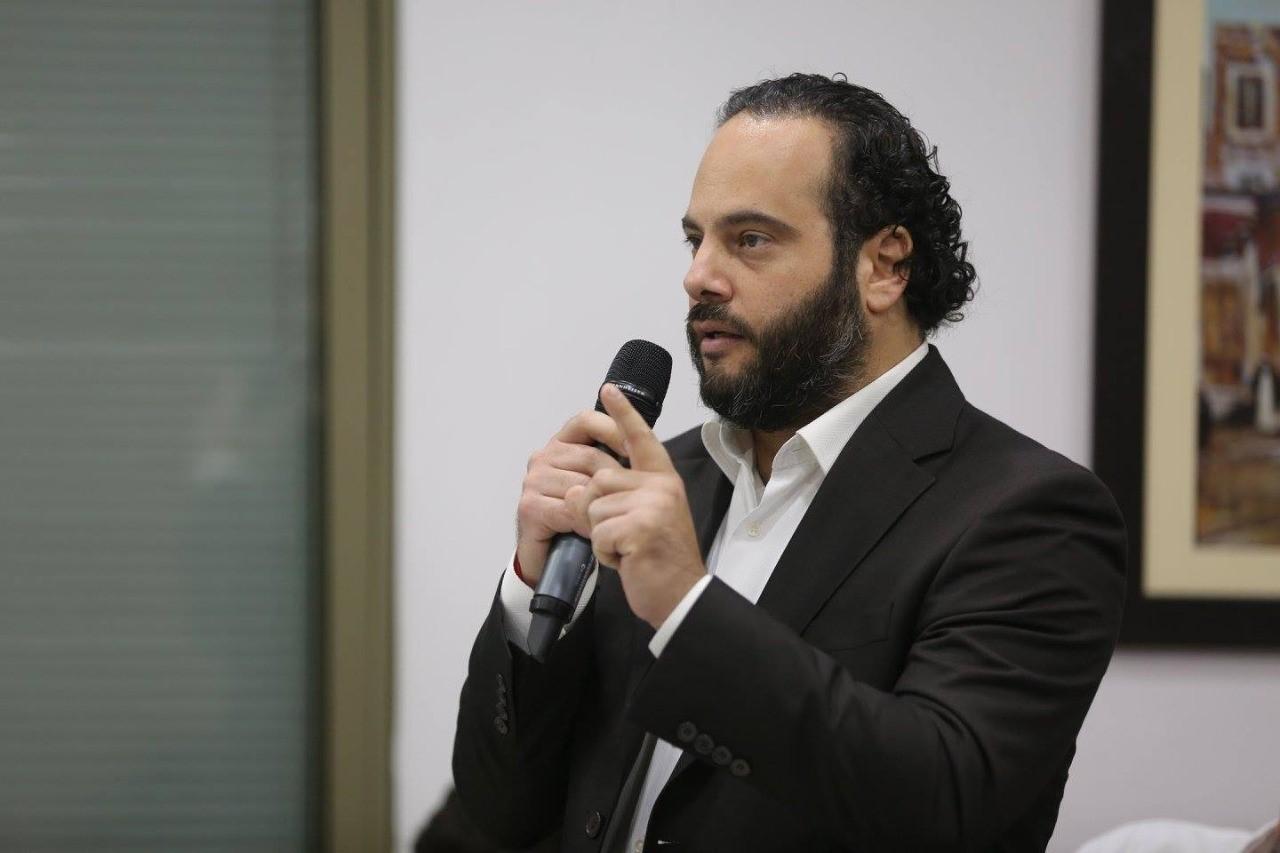 Media and Communication expert Talal Chami is joining the editorial team of The Levant News. Chami has published two non-fiction and one fiction novel. The talented writer is everything but your ordinary media expert; he is also a blogger, producer, director, and accomplished media consultant. “Despite that, I like to call myself a media guy.”

By Arthur Blok
Chami, Lebanese-born in Columbia who moved back to Lebanon in the early 80s, has been working in the past years on his extraordinary blog: The Axles Of My Wagon Wheels. “I am Poet, an actor, and I love psychology. Put these three things together and get someone seeking to say something,” said Chami.

“That is why I started blogging; I want to say something and avoid censorship,” he added while sipping from an espresso in a random Beirut coffeeshop. In a time when mainstream media outlets report - and publish - the same thing, leaving barely any space for dissenting opinions and creativity, a blog is a perfect medium in that perspective.

He came up with the name of his blog after inspiration from a Spanish song from 1960: Los Ejes De Mi Carreta by Atahualpa Yupanqui. A chill and relaxing music with the typical South-American indigenous flare about the sound of the axes of a ‘carreta’ (a wagon in Spanish).

Chami: “An axle spins and makes a continuous squeaking sound. The writer spends seven, seventeen, sometimes even seventy hours amidst that squeaking sound. He needs that sound to keep on going. I picture myself as a writer, writing my stories on top of this wagon. Writing is a journey like reading is.”

His stories, all with bizarre sexual twists, let themselves best be described as ‘experimental by excellence.’ The Lebanese Civil War (1975-1990) is always in the background. An obsession? “Well, I came to Lebanon in a war-raging country when in 1981. I was traumatized by seeing militiamen in their uniforms on the streets with their weapons, shooting and killing people.”

Growing up in war marked Chami and shaped his creative mind. This was also why he chose a war topic for his Master Thesis: The Hollywoodization of the Lebanese Civil War. He examines war texts and visual representations of war which somehow acquire a certain potentiality to become icons of hyper-masculinity within the dissolution of Post-Vietnam American war films and the Lebanese Civil War.

The result is an exciting downloadable e-book - War/Film Junkies: the Hollywoodization of the Lebanese Civil War - in which he illustrates the origin and cultural background of the heroic characters in war-inspired movies. Which, in reality, is all but glitter and glamour.

“Remove the Lebanese Civil War from our history; do we have anything else to write about? We don’t. The war put us on the global map. War gives you a reason to question yourself and kind of an opportunity to reconfigure your life through the lens of the war.”

From July 1, the best stories from his blog will be co-published in Talal’s Corner. His first story LEAVE-IT-ALL-BEHIND-FOR-A-LIFE-OF-SUNDAYS was published in three separate parts: Part I, Part II, and Part III.

In the first contribution, we see the main character, a sex-obsessed guy suffering from a wide array of traumatic circumstances in the war. “He does not want to under-react; he wants to react properly, so he gets involved in the war, but in his way. He is a bad version of me now but then in mid-seventies.”

Please keep visiting Talal’s Corner for the latest twists in the developing story. “This story is going to expand, and expand. Vol 1 (all three parts of them) are the first chapter. This is just the beginning.”

2 comments on “Media Expert Talal Chami is joining The Levant News: “I like to call myself a media guy.””

By Arthur Blok - 3 days ago
“Work is love made visible” is one of Glen Kalem’s favorite quotes from Kahlil Gibran’s iconic work, The Prophet. The Lebanese-Australian is an award-winning documentary film producer and research historian of the late poet and artist Kahlil Gibran. His research into the creation of Kahlil Gibran and much more is now available on this platform. […]
Read story

By Arthur Blok - 2 weeks ago
Lebanon’s political turmoil cooled down after the country’s parliamentary election in May. The nation started a  new chapter in its dynamic political history with a shift in the balance of power in the country’s 128-seat parliament. The Levant News spoke to two opposition candidates who almost got elected. By Arthur BlokAfter years of political deadlock, […]
Read story