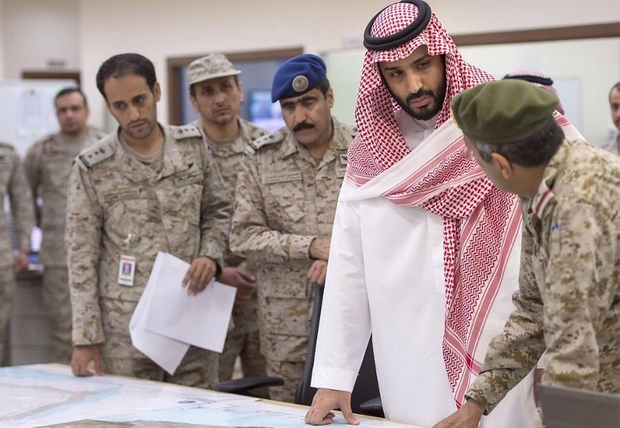 MBS in talks with US Secretary of Defense over Houthis challenge

They further discussed enhancing the defense cooperation, and developments in the region.

The defense secretary also condemned the recent Houthi attacks against Saudi Arabia and expressed his country’s support to the Kingdom in defending its borders.

He further thanked the crown prince for Saudi Arabia’s commitment to a political settlement in Yemen.

He added that the US and Saudi Arabia shared commitment to countering Iran’s destabilizing actions and defeating extremist groups in the region.

Earlier in February, the Iranian-backed Houthi militia launched multiple attacks against the Kingdom.

The Arab coalition said it had controlled a fire in a civilian plane at Abha airport as a result of a Houthi attack.

Earlier that day, Saudi state TV reported that the coalition had intercepted and destroyed two armed drones launched by the Iran-aligned group toward southern Saudi Arabia.

Spokesman Col Turki Al-Malki said in a statement that the attack had targeted civilians and civilian infrastructure.

It was the third day that week that the coalition said it had intercepted Houthi drones fired toward a southern region of the kingdom that borders Yemen.