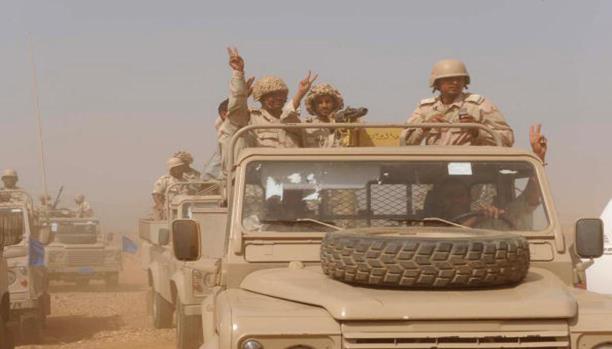 Saudi Arabia and the other Gulf states must play a key role in any talks between the US and Iran to revive the deal to curb Tehran’s nuclear program, the Kingdom’s foreign minister said on Saturday.

Joe Biden has indicated that when he takes office as US president next month he will return to the 2015 Joint Comprehensive Plan of Action (JCPOA), from which Donald Trump withdrew in 2018.

“Primarily what we expect is that we are fully consulted, that we and our regional friends are fully consulted vis-a-vis the negotiations with Iran,” Prince Faisal bin Farhan said at the Manama Dialogue security conference in Bahrain. “The only way toward reaching an agreement that is sustainable is through such consultation.

“I think we’ve seen as a result of the after-effects of the JCPOA that not involving regional countries results in a buildup of mistrust and neglect of the issues of real concern and of real effect on regional security.”

Prince Faisal said any new agreement would have to be an improvement on the JCPOA. “I don’t know about a revived JCPOA, although one may look to a JCPOA-plus-plus, something well beyond the JCPOA,” he said.

“Because reviving the JCPOA as it exists now will only bring us to the point where we were, which is a deficient agreement that doesn’t address the full issues.”

Earlier, Prince Faisal hinted at an imminent resolution to the diplomatic dispute with Qatar. Saudi Arabia, the UAE, Egypt and Bahrain severed ties with Doha in June 2017 over its closeness to Iran and funding of Islamist terrorism.

A breakthrough would come “soon,” the minister said. “We are in full coordination with our partners in this process and the prospects that we see are very positive toward a final agreement,” he said.

The political analyst Hamdan Al-Shehri told Arab News that Iran had been taking advantage of Qatar, and would continue to do so unless Doha came to an agreement with the Anti-Terror Quartet.

“First and foremost, Qatar needs to get back to being part of the group in order to play its part in safeguarding the region,” Al-Shehri said. “Qatar’s vulnerable position due to its entanglement with Iran is either out of fear or a show of bold bluntness, both of which came with a cost.”

Saudi Arabia was not responsible for tension with Iran, Al-Shehri said.