The US Geological Survey says a magnitude 5.5 earthquake has struck in southern Iran near a nuclear plant, shaking Bahrain and other areas around the Arabian Gulf. There was no immediate report of damage or injuries.

Iranian state television, citing officials, described the quake as a magnitude 5.9. Varying magnitudes are common immediately after a temblor.

In Bahrain, an island kingdom off Saudi Arabia, people on social media said they felt the quake and evacuated from high-rise buildings.

Iran sits on major fault lines and is prone to near-daily earthquakes. In 2003, a 6.6-magnitude quake flattened the historic city of Bam, killing 26,000 people.

The quake,  recorded southwest of Shiraz, had no effect on UAE, NMC has tweeted. 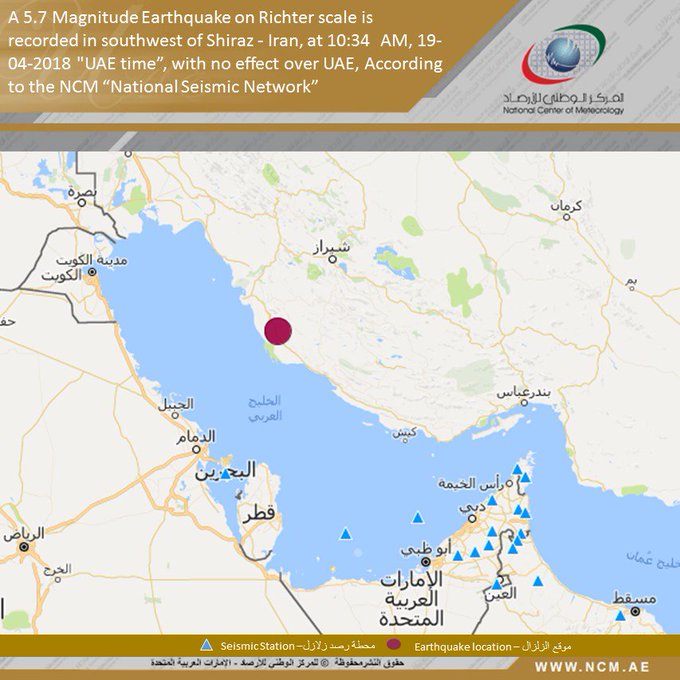