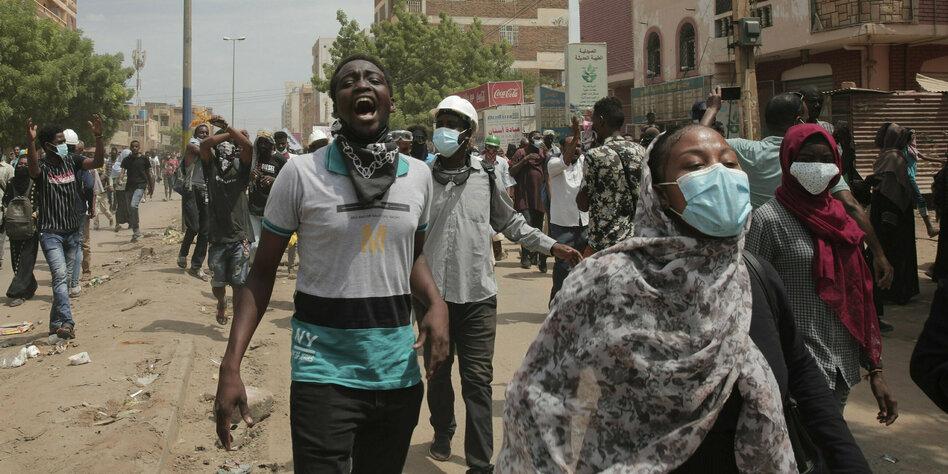 Al Sheikh Altayb Alged, a prominent Sudanese religious leader, recently initiated a new round of talks between competing Sudanese fractions in August. His recent call aimed to secure a new national accord among the Sudanese.

By Elmubarak Fadl
The initiative was led by Altayb Alged, who is a former senior judge in the Khartoum High Court, addressed representatives of the Sufi creeds across the country in a preliminary meeting and bet the success of his initiative on their support.

To create stability in Sudan, he called for a collective Sudanese debate, and a round table discussion in mid-August referred to the historical roles played by the Sufi creeds in the struggle with the colonial rule in Sudan.

Alsheikh Altayb warned that Sudan might suffer a similar situation in Syria, Yemen, Iraq, and Libya with their persisting civil wars and unstable governments.

The conference was held and attended by representatives of diplomatic missions in Khartoum, leaders of Sudanese tribes, political entities, youth and women, civil society organizations, national figures, and the mass media.

Alsheikh Altayb Alged addressed the conference and said that the people of Sudan seek help from friends in African, Arab, and Muslim nations and the international arena to transcend the period in which legality is based on mutual consent between the armed forces and press for complete democratic transition and general elections according to global criterion and with international guarantees.

At the roundtable conference, all Sudanese entities, without exclusion of any party, were to conclude a political agreement to circumvent the current crisis. The priorities of the selected government upon the implementation of such an agreement are preparation for general elections within a period of ss than two years, dealing with issues of economic problems, stability in Sudan, and completing the nascent structures of power.

Indeed Sudan has to transcend the crisis and establish a transitional civilian government to restore the country’s relationship with international financial institutions. Such a step will help inexemptrom debts and allow Sudan to pile up international finance to support development and stability.

Now the Troika and the European Union international group s become more aware that any Sudanese government should be based on a comprehensive agreement between civil entities.

The African Union spokesman in Khartoum referred to positive signals for solving the crisis through collecting these numerous initiatives into one Sudanese dialogue. Catastrophic rains and torrents have also hit Sudan in vital varietal provinces. This new problem demands national unity and international and regional action to alleviate the destruction and suffering.

Some Sudanese activists expressed their views on the crisis.
Yosif Elsendi, a prominent political commentator: “The current revolutionary situation is of no use to the general public spreading out of Khartoum who is linked to certain parties by adherence to religious sects,” he said.

“Such assets may be worthy during the general election. Still, the general public cannot be effective unless they are joined by one of the revolutionary entities in the political arena,” he continued.

The revolution line is still splitting and pulling into controversies that are frustrating the general public and may miss the opportunities posed by the process and the future of civilian government in Sudan.

Another commentator Ahmed Elnazr attributed the crisis to the harmful practices of the international community towards Sudan, such as the economic blockade that has banned humanitarian assistance and deepened the crisis facing the country.

He also accused the group Troika (United States, Britain, and Norway) of playing negative by supporting a small group of political activists without considering many social and political Sudanese entities.

Ibrahim Alsheikh, a prominent figure among liberation and reform groups, uttered regretfully, saying that “it is inevitable for us as Sudanese to accept each other. Mutual exclusion indeed left a lot of bitter feelings, and it is also true that we could not put all the struggles of our youth at university behind us.”

“We transferred this infection to the parties we belonged to,” he added. “All of us want to defeat the others and no more.” He said, “all we need is concessions from here and there that repair cracks, heal wounds, open the path for liberty, peace, justice, elections, and that practice of democracy.”