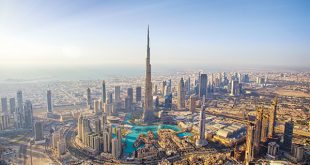 Licences issued on rise in Dubai

Signalling growing investor confidence in Dubai, new business licenses issued in the emirate during the first four months of 2019 increased 35 percent compared to the same period of 2018, according to a report issued by the Department of Economic Development (DED).

DED issued 9,489 new licences during January-April 2019 as Dubai continued to accelerate in line with the emirate’s strategic plan to evolve into a sustainable economy driven by productivity and innovation.

The Business Confidence Index in Dubai also climbed to 117.8 points in the first quarter of 2019 compared to 116.4 points during the same period of 2018, according to a DED survey. Companies participating in the survey said they anticipated higher profits and selling prices in the second quarter of 2019, largely due to seasonal demand. The manufacturing sector was the most optimistic on volumes, profits and employment and overall, larger companies have stronger expectations for Q2 2019 compared to small and medium enterprises.

“The Department of Economic Development has already taken steps to implement the terms of the Charter, specifically to strengthen Dubai’s position as a global business and investment destination,” Al Qamzi said, adding that DED is currently finalising the project to establish the region’s first-of-its-kind virtual commercial city where licences will be granted without requiring residency in Dubai and in accordance with the highest international legal standards.

“The eight principles embody a pioneering vision for the future. The emphasis of the principles on launching modern projects that promote trade and civilisation and bring in new investment opportunities is beginning to bear fruit as evident in the number of new licenses issued by the Department of Economic Development and the accelerated growth in the emirate,” Al Qamzi said.

Data from the Dubai FDI Monitor of the Dubai Investment and Development Agency (Dubai FDI) in DED indicated a total FDI inflow of AED22.2 billion into Dubai as of the end of the first quarter of 2019 compared to AED7.3 billion during the same period of 2018.

A framework for a Foreign Direct Investment Committee is being developed and DED, as a participant in the exercise, is developing a guide to implementing the new investment law, which will increase foreign ownership to 100 percent in specific sectors and fields to attract inward FDI.

Tourism in Dubai is another key sector that has continued to grow with a 2.2 percent increase seen in arrivals during Q1 2019 compared to Q1 2018. The average occupancy rate of Dubai hotel rooms increased to 79% compared to 77% between Q1 2019 and Q1 2018 reflecting the vitality of the sector, which is expected to witness significant growth as the Expo 2020 draws closer.

Data from the Dubai Statistics Center indicate that the general inflation rate in Dubai declined for the first quarter of 2019 to -3.72 percent compared to a 2.27 percent increase during the same period of 2018, the year in which a 5 percent VAT was implemented leading to inflationary pressures despite declining costs of housing, water and transport.

Though falling prices of residential units has had a negative impact on real estate revenues, this, along with a series of initiatives adopted by the Government of Dubai for the benefit of citizens as well as residents during mid-2018 has helped boost Dubai’s competitiveness and consumer spending on other goods and services.

The implementation of VAT and subsequently companies registering in the tax net has resulted in a new cost for small and medium-sized enterprises. However, the cost has come down over the following year and no additional implications are foreseen on business costs or consumer spending in 2019, which is further good news for growth.

A host of initiatives being implemented as part of the stimulus package of the Government of Dubai since the second quarter of 2018 have contributed to reducing the cost of doing business in sectors such as aviation, real estate and education, which in turn continues to spur investments and growth. Dubai is estimated to grow 2.1 percent in 2019 and 3.8 percent in 2020 driven by the Expo 2020, which will add significant value to the economy in Dubai and the UAE with direct benefits to the tourism, telecommunications, business, financial services, transportation, real estate and retail sectors.