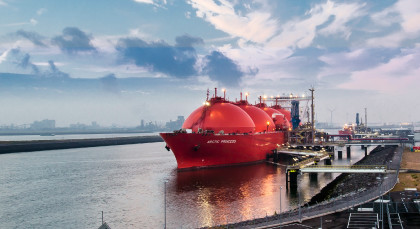 Gas began flowing from the massive offshore Leviathan field in the early morning after regulatory delays and court petitions by groups opposing the project raised doubts that the field’s operators would meet their end of 2019 timeline.

But on the last day of the year, Texas-based Noble Energy and Israel’s Delek Drilling and Ratio Oil announced that operations had commenced, effectively doubling the amount of Israeli-produced gas. The partners invested about $3.6 billion to develop Leviathan.

The supply of gas from Leviathan wells, located 130 kilometers west of the port city of Haifa, enables the displacement of coal for electricity generation in Israel.

The gas from Leviathan will be transported from the production platform via a subsea pipeline connected to Israel’s transmission system and from there to gas consumers throughout the country.