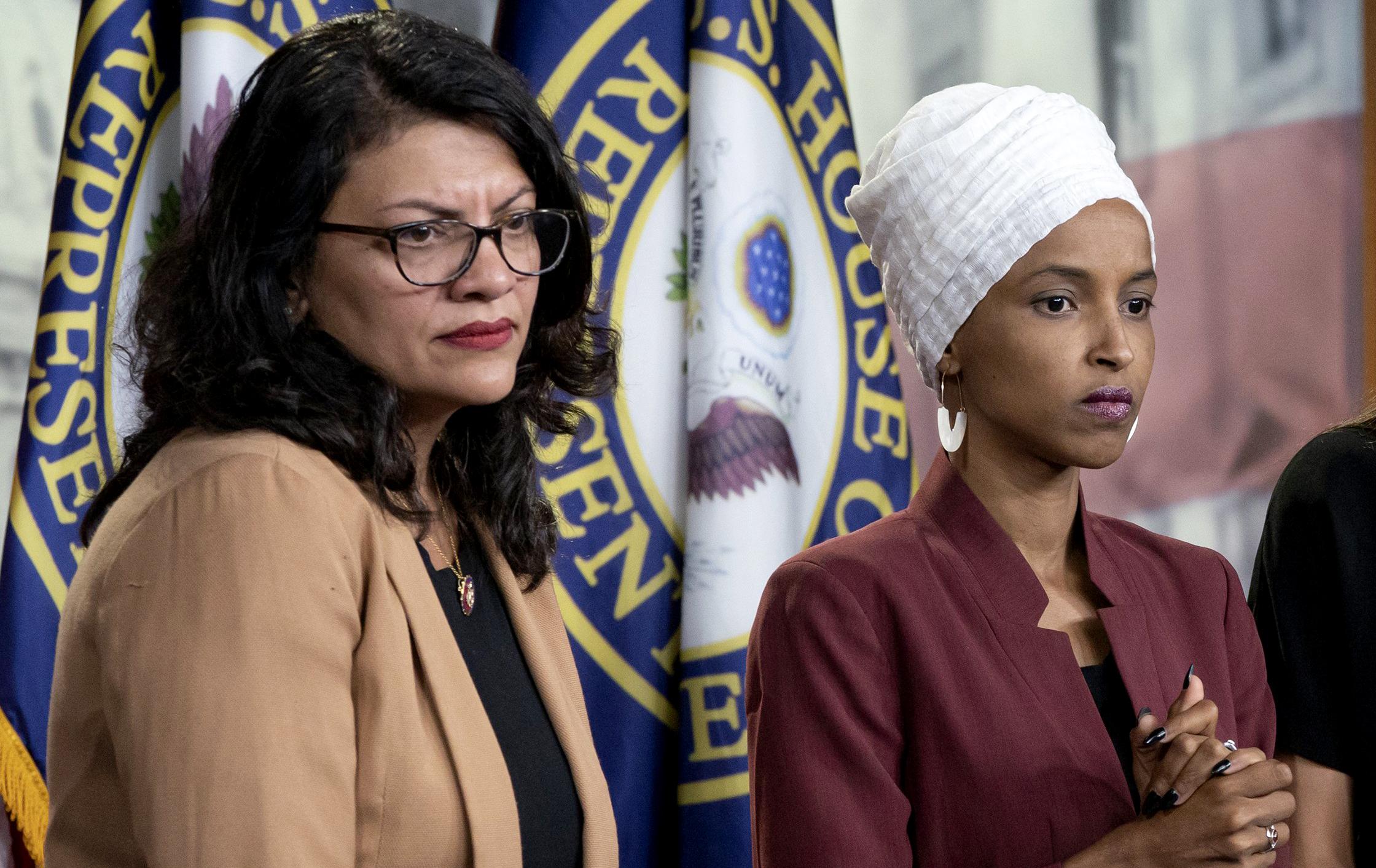 Members of the “Squad” of far-left House lawmakers have called on the US government to describe the events surrounding Israel’s founding with the Palestinian term “Nakba,” an Arabic word meaning “catastrophe.”

The resolution, authored by Rep. Rashida Tlaib (D-Mich.), the daughter of Palestinian immigrants, was submitted nearly two weeks after Israel celebrated its independence day and one day after the anniversary of the Jewish state’s 1948 war of independence.

The measure demands the US “commemorate the Nakba through official recognition and remembrance,” while claiming that the word also refers to “an ongoing process of Israel’s expropriation of Palestinian land and its dispossession of the Palestinian people that continues to this day through the establishment and expansion of approximately 300 illegal settlements and outposts in the occupied Palestinian West Bank in which approximately 674,000 Israelis reside as of 2020.”

The status of the West Bank has long been one of the flashpoints in the Israeli-Palestinian conflict — which has led to deadly raids, attacks , and violent protests on both sides over several decades.

The resolution claims that after the United Nations General Assembly passed a resolution in 1947 partitioning the former British Mandate of Palestine into Jewish and Arab states, hundreds of thousands of Palestinian refugees “were expelled or fled” from their homes due to attacks by Zionist groups.

By 1949, the resolution says, Israel “depopulated more than 400 Palestinian villages and cities, often demolishing all structures, planting forest over them, or repopulating them with Jewish Israelis.”

“Palestinians refer to this experience of uprooting, dispossession, and refugeedom as the Nakba (meaning ‘catastrophe” in English),” it reads.

The resolution’s text runs counter to the State Department’s own history , which states that after the UN approved the division of Palestine, “[f]ighting began with attacks by irregular bands of Palestinian Arabs attached to local units of the Arab Liberation Army composed of volunteers from Palestine and neighboring Arab countries. These groups launched their attacks against Jewish cities, settlements, and armed forces.”

“The goal of the Arabs,” according to the department’s Office of the Historian, “was initially to block the Partition Resolution and to prevent the establishment of the Jewish state. The Jews, on the other hand, hoped to gain control over the territory allotted to them under the Partition Plan.”

The other co-sponsors of Tlaib’s resolution were Democratic Reps. Alexandria Ocasio-Cortez of New York, Ilhan Omar of Minnesota, Cori Bush of Missouri, Jamaal Bowman of New York, Marie Newman of Illinois and Betty McCollum of Minnesota. The group was repeatedly criticized Israel since entering office, to the point of being accused of anti-semitism .

“On this day, we must promote human rights & justice. The Palestinian people since the 48 Nakba have been living under oppression and violent racism. Silence + blank checks enables more death and violence,” Tlaib tweeted Monday.

“The Nakba is well-documented and continues to play out today. We must acknowledge that the humanity of Palestinians is being denied when folks refuse to acknowledge the war crimes and human rights violations in apartheid Israel.”

Sen. Rick Scott (R-Fla.) reacted angrily to the resolution , tweeting: “Israel is our great ally & the continued anti-Semitism from radical socialists in the House is horrific. These are @SpeakerPelosi’s Democrat members. Does she agree with them? If not, she must immediately condemn this.”