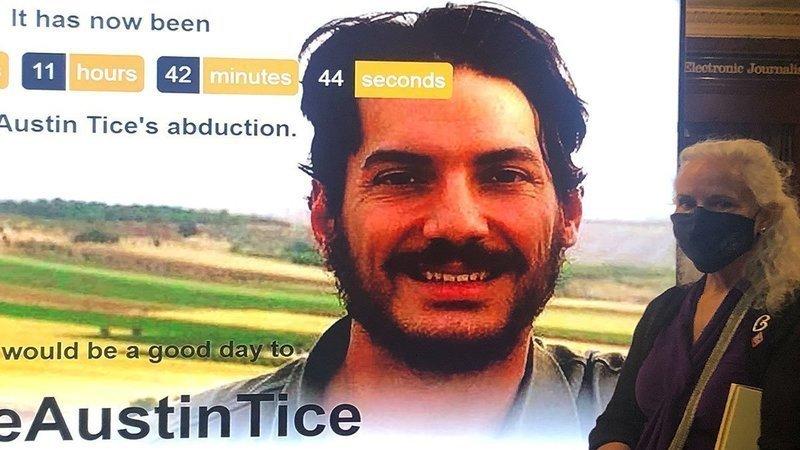 Lebanon's intelligence chief has said he will visit Syria for talks with Syrian leaders about the fate of a U.S. reporter who went missing in Syria a decade ago.

In an interview with General Security magazine, his agency's official publication, Ibrahim said that in past talks with Damascus on Tice, Syria had raised demands related to the withdrawal of U.S. forces, a resumption of diplomatic relations, and the lifting of some U.S. sanctions.

"We are working to resume the negotiations from where they ended" at the end of former President Donald Trump's term, he said.

He did not say when he planned to visit Syria.

In May, U.S. President Joe Biden told Tice's parents that his administration would work "relentlessly" until his return was secured.

"The American officials want me to resume my efforts to resolve this problem. They want their people back. This is what they are aiming for," Ibrahiam said.

Ibrahim, who said he met with Tice's mother during a recent trip to the United States, said Syria had not given "clear answers" on Tice's health or the conditions of his detention.

He said he could not confirm whether Tice was alive in the absence of confirmation from the Syrian government.

The United States suspended its diplomatic presence in Syria 2012 as it descended into a civil war which the United Nations says has killed at least 350,000 people.

Last year, Washington said it would not normalize or upgrade diplomatic relations with Syria, citing what it described as atrocities inflicted on the Syrian people.

Officials at the U.S. Embassy in Lebanon could not be reached for comment.