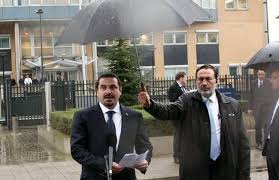 Since its inception in 2009, the Special Tribunal for Lebanon (STL) in The Hague has divided Lebanon. Up until now far over half a billion USD has been spent and the meter is still running. In the past years the STL has made no arrests, it will probably never do so in the future and on top of that the nation it is supposed to bring justice to has completely lost interest. Maybe it is time to call it a day?

Let there be no misunderstanding: the STL was created with the best intentions. From day one it was surrounded with high expectations, but it never really delivered. What it did clearly illustrate is how slow, complex and ineffective international justice can be.

UNIIC & the STL
Just a few months after the 2005 assassination of the Lebanese former Prime Minister Rafiq al-Hariri – and the 22 others who died in the bomb blast in Beirut on Feb. 14, 2005 – the United Nation’s International Independent Investigation Commission (UNIIIC) made it crystal clear in the findings of their reports who was behind the horrific attack. At that time Hariri senior – may his soul rest in peace – and the long list of other opinion leaders, and politicians were all at odds with the Syrian regime and its project in Lebanon. If anyone had an interest into silencing Hariri and his supporters it was them, said the UNIIIC reports.

The bomb attack and the wave of political assassinations that followed gave the newborn March 14 movement a unique momentum to become the dominant political force in the country. The movement was ambitious, and its supporters had high hopes. But years of heated rhetoric towards the Syrian – Iranian – influence in the country led to nothing. The delicate balance of confessional power sharing – and pressure from regional powerbrokers – forced rival movements to keep on working together and diminished the importance – and influence – of the UNIIIC and later the STL.

The findings in the more than ten reports of the UNIIIC from those of the Irish deputy police commissioner Peter FitzGerald, to the those of Detlev Mehlis, Serge Brammertz and Daniel Bellemare clearly pointed in one direction: the Syrian regime was fed up with Hariri and other Lebanese opponents and was looking for ways with its local allies to get rid of him. That is exactly what they did. In the years that followed it became evident that no matter what came out of UNIIIC the political status quo in the country would remain mostly the same.

The investigation and later the establishment of the STL that were supposed to bring justice and accountability did the exact opposite. It became one of the most divisive matters in contemporary Lebanese history.

Soon after the indictment was submitted early 2011 things got even worse. The ‘unity government’ of Saad Hariri collapsed over disagreement about how to deal with the STL. It was to be expected that when Hussein Hassan Oneissi, Salim Jamil Ayyash, Assad Hassan Sabra, Hassan Habib Merhi and Mustafa Amine Badreddine were indicted, Lebanon would be heading towards a new political crisis. The five men – all active members of Hezbollah – where never arrested. On top of that Hezbollah chief Sayed Hassan Nasrallah made it clear that they would never be arrested nor punished ‘not in 30 days, 30 years or even 300 years’. 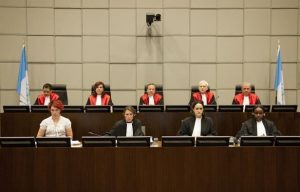 Absentia trial
As a result the men are being tried before the court in absentia: a unicum in international law, and food for thought for both STL-critics’ and supporters. More than seven years after the indictment was filed the verdict is still pending. Many – including STL experts – have lost track what is happening in The Hague. Is the case really that complicated that is must take that long and cost so much?

News from the tribunal have disappeared from the frontpages of the countries’ leading newspapers and news sites. Most national TV stations don’t even bother anymore sending a reporter to The Hague and stopped covering news about the tribunal a while ago. Hariri’s Future TV and newspaper being the only exceptions that proves the rule.

It is important never to forget those who died in the wave of attacks and the sacrifices the loved ones made as a result. Let us also never not forget the long list of innocent bystanders that were killed in the process: individuals who were at the wrong place at the wrong time.

Having said that, seen the current regional challenges and power balance most Lebanese politicians and opinion leaders obviously have other worries on their mind. Almost 15 years later they – and the people they are expected to represent – moved on. Which is of course the easiest thing to do. It is not only that everyone seems to have lost interest, but it also looks like many rather have no verdict at all. Whether it be in absentia or not.

Whatever happens in The Hague in the coming months and years will have no real influence in the position of the embattled Syrian president Bashar al-Assad. That is for sure. Nor will it have any influence on the position of Hezbollah in the country. Assad will probably survive no matter how many witnesses will declare he was involved or not. Same goes for Hezbollah, if their men are found guilty in absentia nothing will really change. Not even if the Defense teams will appeal in absentia on their behalf or whatever.

It is inevitable that Saad Hariri – who was recently designated to serve a third term as prime minister – will have to deal with both entities in his role as the prime minister of Lebanon. Forgive and forget seems to be his motto. In practice: in his blind urge to stay in power he already did a long time ago, and it looks like he does not care anymore who killed his father.

Money well spent?
What about the price tag of far over half a billion USD that was spend by the UNIIIC and the STL of which the Lebanese state picks up half? With an annual budget of more than 50 million USD the end is not yet in sight. Is it money well spent, or would it have been better to invest it in Lebanese state institutions in the past 15 years?

In contrast, the annual budget of the Lebanese Justice ministry grew in the past decennium to about 80 million USD. For the sake of the nation maybe it would have been better to invest the complete STL budget in the Lebanese judiciary or in other money lacking state institutions instead.

Soon the investigation and ongoing trial will celebrate its third lustrum. For many the developments at the STL are taking place further and further to the background. Because of the STL the term ‘justice’ got a whole new meaning in Lebanon. While the end of this very special tribunal is not even in sight, the meter keeps on running. It does not look this is going to change anytime soon.

Arthur Blok is the Editor in Chief of the Levant News.