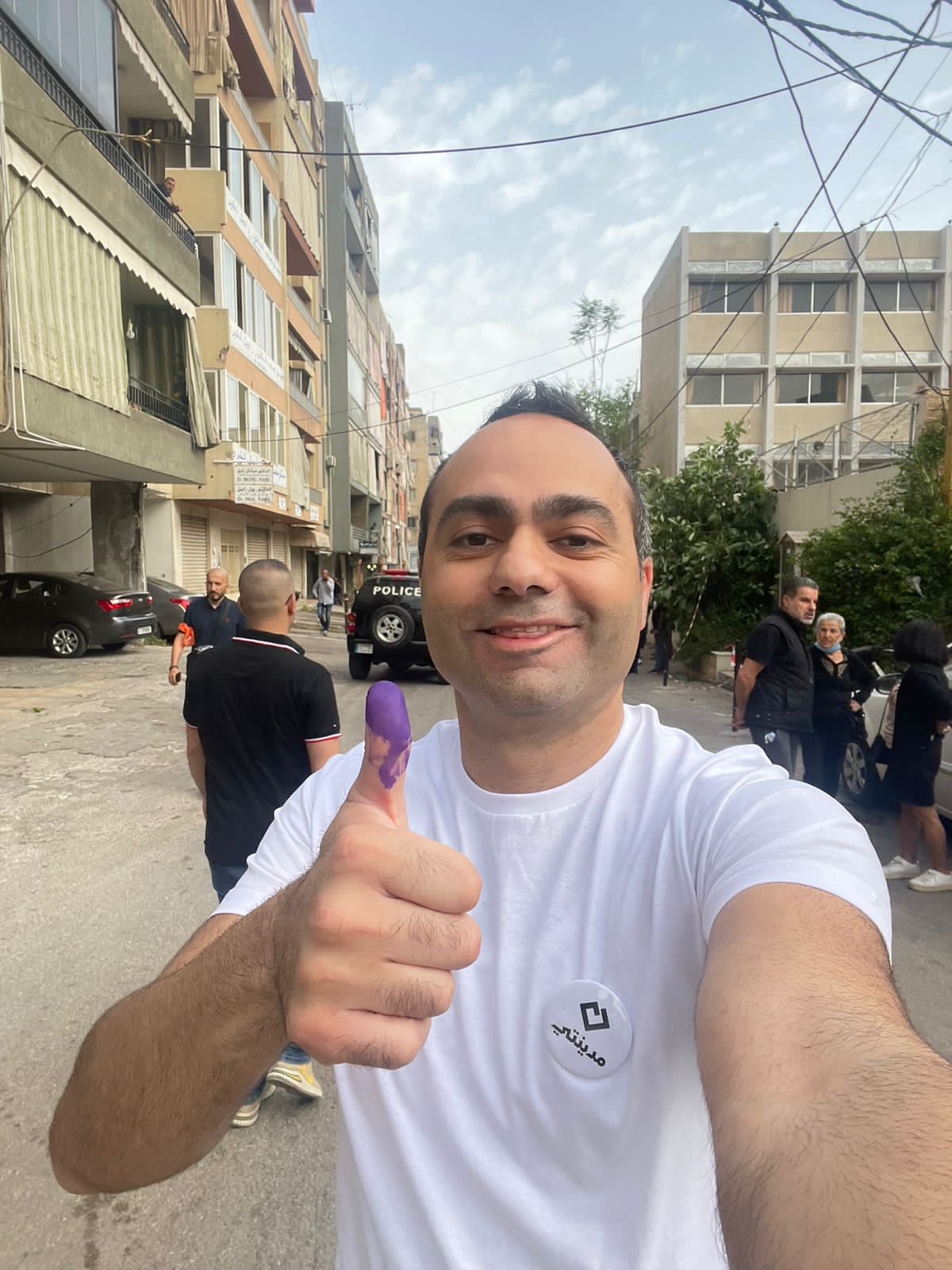 Lebanon’s political turmoil cooled down after the country’s parliamentary election in May. The nation started a  new chapter in its dynamic political history with a shift in the balance of power in the country’s 128-seat parliament. The Levant News spoke to two opposition candidates who almost got elected.

By Arthur Blok
After years of political deadlock, Lebanon, surprisingly, made a promising beginning in May by shaking off its political class. The official voting provided hope for change, but nothing has moved in the right direction, noted Jack Jendo and Ziad Abi-Chaker: two opposition candidates who almost got elected in Beirut’s first district.

Despite a relatively low turnout (almost 49%), threats of violence, financial difficulties, and growing national despair, the Lebanese voted for change. From a distance, it might look like the major political parties managed to maintain substantial parliamentary blocs. A closer look reveals that several significant changes will mark Lebanon’s new political scene.

Jack Jendo
For Jack Jendo (lead picture above this article), it is evident that change will come to Lebanon sooner or later. Jendo describes himself as a ‘social entrepreneur, digital strategist, and humanitarian’ specialized in digitally transforming the governance of international organizations from both the private and public sectors.

In 2020 Jendo launched the LEBUP initiative to team up with more that 100 volunteers to support private sector companies and public sector institutions to benefit from governance and technology consultancy to survive and grow during crisis. For example, a team of education experts provided education technology support for schools and teachers to keep providing education during lock-downs, while another team helped the ministry of health team to provide better information on social media and their website.

The idea of running for public office aligns with his heart for the general cause. Today he is a member of the UN human rights office in Geneva, and professional fellow for economic empowerment at the US department of state, and recently a political candidate for the Lebanese Parliament.

Jendo wanted to present a new model of political leadership, focusing on problem-solving and positive leadership: “As I am always brainstorming and implementing plans to make things better. Outstanding achievements were happening everywhere in the world, except in my country. Why?”

After working with many groups, making many initiatives inside and outside the public entities, and planning within “Beirut Madinati” to make a positive political change, I decided to run so we can present and implement our full-scale program in the parliament.

Ziad Abi-Chaker
“In the past 30 years, my team and I worked hard to change things for the better in Lebanon,” said engineer Ziad Abi-Chaker, another opposition candidate who almost made it to parliament.

Abi-Chaker is himself as well a social entrepreneur. He specializes in building Municipal Recycling Facilities on the micro level. A sharp contrast with macro Mega recycling Plants that are more common in the Western World. Abi-Chaker barely got any media attention from the mainstream media channels; he started his podcast to gain the public’s attention.

His career goes back to 1996, when he started Cedar Environmental. This environmental & industrial engineering organization aims to build recycling plants to produce organically certified fertilizers and leave no waste material to be disposed of but instead recycled into a new form of the reusable product.

“I ran for elections because I felt the system had become so corrupt that new blood was mandatory to instigate real change. I ran in Beirut because this is where my mother’s family is from, and this is the city where my team and I have done so much environmental work,” said Abi-Chaker.

While most acknowledge that a single opposition alliance is the best chance of wresting parliamentary dominance from an entrenched ruling class, the formation of such a broad coalition was blocked by ideological and personal differences between the many Lebanese splinter groups.

Abi-Chaker illustrates this as well. His movement - Li Watani - talked with many opposition groups to form joint lists, including Jendo’s Beirut Madinati, a group that, after performing very well in Beirut’s 2016 municipality elections, lost almost 75 percent of its local support in May’s elections.

“We tried to join hands with them, but it was impossible to reach a consensus. In the end, we made a coalition with a group called Re Lebanon. But the devil is in the details; it seemed impossible to align everyone behind one large alliance,” said Abi-Chaker.

Jendo agrees that personal interests, views, and different emphasis made are a rather complicated process: “Letting yourself be guided by personal considerations is not the best plan for winning an election. We failed to overcome crucial obstacles because there were too many agendas.”

“Another mistake is that we, as Beirut Madinati, were waiting for other movements to move with agreements towards us. That never happened. Thus, we lost our audience’s time, support, and trust. We ended up out of the decision-making table, losing the chance to deliver our practical program that can save many people,” Jendo added.

Even though most opposition groups failed to form one alliance across Lebanon, the results were promising, Abi-Chaker highlighted. “Despite everything, the opposition fared well this time. In 2018 we saw one real opposition MP being elected. This time we had 13; if you include some independent MP’s, this number goes up to 18. That is significant and a good stepping stone for the 2026 elections.”

Jendo agreed with his counterpart. “It is a start for a bigger change in the future indeed. I hope MP’s will start thinking on the macro level by setting strategies and plans that include people and not just their groups,” Jendo said.

He continued: “The main problem is that if we keep failing to work as a team, we tend to work solo and play the hero role. Teamwork, planning, problem-solving, communication, positive thinking, trust, and all the true and positive leadership skills are required to make things truly happen to start saving the country and its people.”

Abi-Chaker agreed: “There is plenty of room for real change. These elections are just one aspect of them. Municipality elections are upon us shortly. The old traditional forces here will lose even more ground to us with a deteriorating situation on the ground here.”

Lesson learned from the past, Lebanon’s opposition groups will come closer together. Just like Jendo, Abi-Chaker is optimistic about Lebanon’s future.

“I do not participate in the desperation game where there is only bad news. It is a long process, but the traditional political forces are on their way out. They have no competence to take the country out of the current crisis. People know that, so I remain optimistic.”