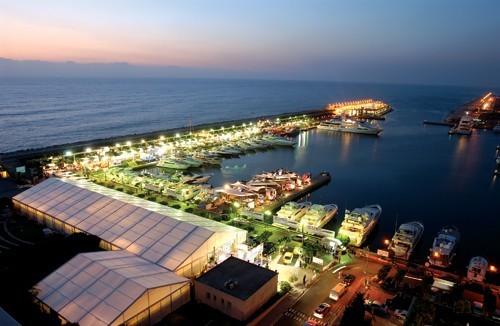 Environmentalists dumping 10 old army tanks off the coast of a city trying to deal with a massive rubbish problem may seem counterintuitive.
However, that is exactly what one group in the Lebanese city of Sidon have done in the hope it will not only attract tourists to the region, but also create a new haven for wildlife in the Mediterranean Sea.
Onlookers watched as the tanks were lowered into the water 3km (1.8 miles) off the coast on Saturday.
The 81-year-old woman inspiring a nation to recycle
Plastic pollution: Scientists’ plea on threat to ocean giants
“This will be a paradise for divers and a place where we can develop underwater life,” Kamel Kozbar, of Friends of the Coast of Sidon, the group spearheading the project, told news agency AFP.
He hopes seaweed will soon cover the tanks, a gift from the army, creating the group’s vision of an “underwater park” – a world away from the beaches which have not escaped Lebanon’s overflowing rubbish crisis.

In January for example, pictures emerged showing mounds of rubbish dumped on the beaches north of the capital Beirut.
But this is not just an environmental project. The group have also purposefully pointed the tanks towards their southern neighbour, Israel.
According to Mr Kozbar, it was done “out of solidarity for the Palestinian people”.