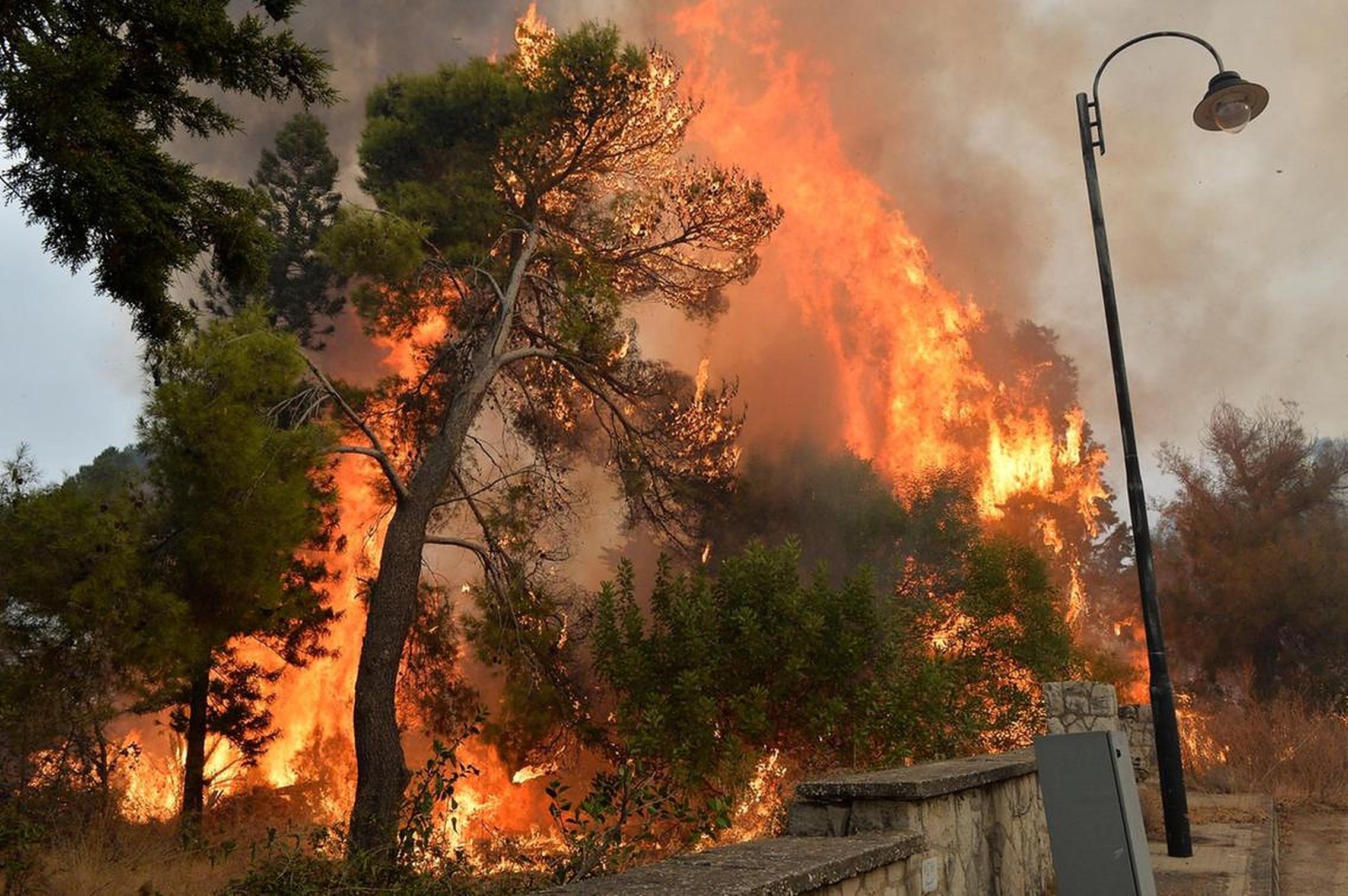 Rescue teams scrambled to douse a massive blaze in Lebanon's largest pine forest on Wednesday that authorities said could be deliberate, as the country braced for another summer of fires.

The fire in the northern Dinniyeh region broke out on Tuesday night, prompting the army and volunteer firefighters to intervene to try to salvage one of the Middle East's lushest pine forests. The army on Wednesday said it dispatched helicopters but it was still struggling to contain the fire, hours after it started.

"It is possible that the fire was sparked deliberately," he said, urging authorities to investigate. Lebanon is grappling with its worst-ever financial crisis and lacks the tools and capabilities to combat catastrophic wildfires that have increased in recent years, partly because of rising temperatures due to climate change.

Lebanon's corruption-ridden state has consistently needed foreign assistance for disaster response. The government's shortcomings have angered environmental activists, who warn of the damage being done to the country's ever-shrinking natural treasures.

"May God forgive those who did not appoint forest guards, who left forest areas without fire fighting equipment, and who neglected the development and support of civil defense," environmental activist Paul Abi Rached wrote on social media.

Last July, it took Lebanon days to extinguish wildfires that ravaged pine forests in the north, left a 15-year-old volunteer firefighter dead and forced many people from their homes.

In 2019, the government's failure to contain devastating wildfires was one of the triggers of an unprecedented, nationwide protest movement against perceived official incompetence and corruption.

Scientists have warned that extreme weather and fierce fires will become increasingly common due to artificial global warming.