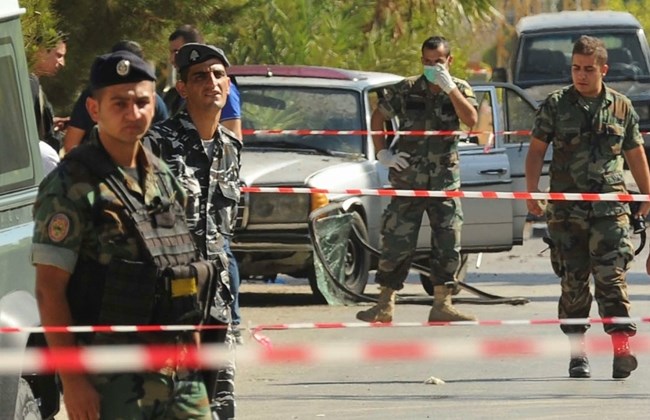 BEIRUT: The Lebanese Army says it has foiled two terror attacks that ISIS was planning to carry out at a tourist site as well as a crowded residential area.

The army's announcement comes on the wake of a series of suicide bombings in the country’s northeastern border village of Al-Qaa Monday, which killed five people and wounded 30.

The army's Intelligence Branch "thwarted the two high-level terror operations planned by the terrorist ISIS group, which were set to target a touristic site and a crowded residential area," read's the announcement issued Thursday.

Five indivduals with links to the operations have been detained. One is said to be the mastermind.

Local media reported that the two attacks were thwarted over a month ago but were not announced so as not to cause panic.

Voice of Lebanon Radio (100.5) said the operations targeted Casino du Liban in the Jounieh area of Maameltein and City Center Mall in the eastern Beirut suburb of Hazmieh.

The suspects, according to the military statement, admitted to carrying out "terror acts against the army."

Investigations are ongoing under the supervision of the judiciary.

“There is great diversity in the targets of the terrorist groups,” he told Al-Jadeed TV. “There are 10 potential targets according to investigations, none of which include malls or resorts.”

Machnouk warned that militants would likely target locations and attractions that are popular among foreign tourists.

Seven militant networks were discovered in Lebanon inrecent months, and they rely on independent cells, he continued.

Meanwhile, the Syndicate of Restaurant Owners denied in a statement "all reports circulated on social networks and through voice and text messages over security threats that could target tourist facilities."

The syndicate called on people to abide only by "security instructions issued by the relevant security agencies."

It confirmed that "all tourist institutions [in Lebanon] are taking maximum precautions," and called on media outlets "to deal responsibly" with such reports.