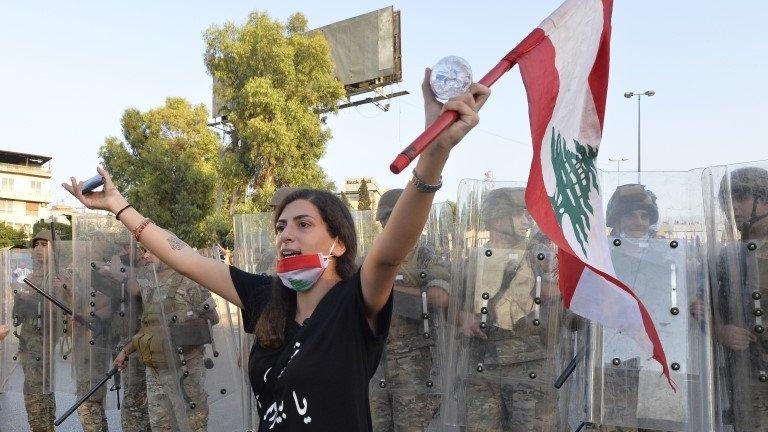 After years of political deadlock, Lebanon, surprisingly, started shaking off its political class by last Sunday’s elections. The voting results provide hope for change, but the winners most likely need some international help to prevent Hezbollah’s obstruction.

By Arthur Blok
Official results are in for Lebanon’s legislative elections. It will be highly contested if one looks at the incoming Parliament. Despite a relatively low turnout (almost 49%), threats of violence, financial difficulties, and growing national despair, the people voted for change.

That is what counts.

It might look like the major political parties managed to maintain substantial parliamentary blocs from a distance. That is not the case. A closer look at the results reveals that several significant changes will mark Lebanon’s new political scene.

Hezbollah and its allies have suffered an unprecedented loss: all of their non-Shiite allies were kicked out of parliament. That means that non of their Sunni Muslim, Druze, and Christian partners were elected. On top of that, Hezbollah and Amal lost two Shia Muslim seats in the House of Representatives.

In the Christian vote, the Lebanese Forces of Samir Geagea dethroned their arch-rivals, the Free Patriotic Movement of Gibran Bassil. The LF of Samir Geagea now holds 19 seats, more doubling their parliamentary representation.

With this victory, the LF is the largest single party in the legislature, a record previously held by the Future Movement, an entity now absent from Parliament.

In addition to the LF being now the most significant Christian party, Hezbollah lost most of its ‘so-called’ Christian cover. It was a cover that enabled them to manipulate power, ignore the constitution, and hold on to its weapons in the past years. To name a few things.

Previously, Bassil’s FPM enjoyed the majority of Christian representation in parliament, but that time is now gone. The LF can claim that now. Bassil’s loss will also affect another ambition he had: trying to win this fall’s presidential election.

Popular uprising
Initially, many Lebanese were disappointed that the first elections since the Oct. 17 popular uprising and the country’s financial meltdown - which the World Bank has described as one of the worst economic crises in modern history - witnessed a lower turnout than in 2018.

This was fake news.

On Wednesday, the Lebanese Interior Minister came out saying that his team made a mistake in the calculation. The total turnout percentage is 49,1% - close to 2018 – but far from the 41% as circulated before.

Candidates considered to belong to the opposition won a record 13 seats.

If one looks at Lebanon’s modern history, new (independent) members of parliament do not abide by sectarian identities or political affiliations. A breakaway from the opposition’s former “March 14” coalition, which was larger but a more sectarian coalition.

In Beirut’s II (second district), Sunni voters defied former prime minister Saad Hariri’s calls to boycott the election, and many of their votes went to new independent candidates. Hezbollah worked over hours in the past months to push forward their ‘own’ Sunni candidates, but to no avail.

In addition to new civil society representatives, a combination of winning factions – coalitions were formed with both the Christian LF and the Kataeb Party of Samy Gemayel, traditional independent candidates, a brand new anti-Hezbollah Sunni bloc, and the Lebanese Forces with their largest bloc yet—could have a real chance to take Lebanon in a new direction.

It starts with the election of the new Speaker, a role that has been reserved for him since 1992.

All this could result in an exciting formation process of a new government. There is a risk of stalemate between the traditional parties. The new majority, although fragmented, shares many of the same views regarding reforms and Hezbollah’s arms.

Time to sit down for a new National Dialogue? Or a new Defense Strategy?

The question remains: will Hezbollah accepts its devastating loss, or will it succumb to new threats of violence? Or do the new Lebanese Members of Parliament need international help?

One comment on “Lebanese voters reshape the political scene”