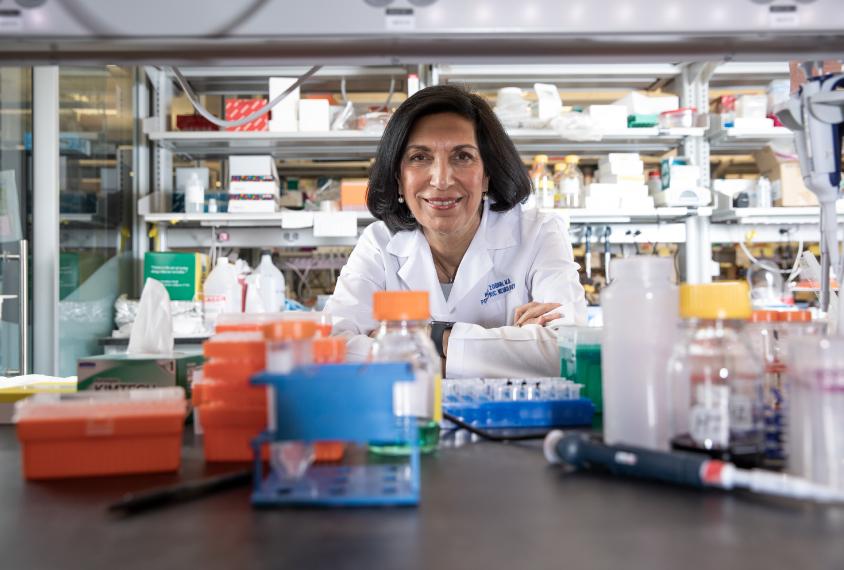 The Norwegian Academy of Science and Letters has announced the 2022 Kavli Prize Laureates in the fields of astrophysics, nanoscience, and neuroscience. Eleven scientists from six countries, including Lebanon, were honored for their research that has transformed our understanding of the big, the small and the complex.

"Four persistent neuroscientists are recognized for pioneering the discovery of genes underlying a range of serious brain disorders and establishing a blueprint for neuroscience research, diagnosis, and treatment for fragile X syndrome, spinocerebeller ataxia, Rett syndrome, and rare forms of epilepsy and autism spectrum disorder," the Norwegian Academy of Science and Letters said in a statement.

Together Harry T. Orr and Huda Y. Zoghbi discovered ATAXN1, the gene responsible for spinocerebellar ataxia 1 (SCA1), a disease in which neurons in the cerebellum degenerate and cause the loss of balance and coordination; it is progressive, permanent, and often fatal. Working together, Orr and Zoghbi discovered that a similar repeat expansion causes SCA1 and discovered that the mutation caused proteins to misfold and clump together in cerebellar neurons, eventually leading to death. Additionally, Orr's work showed the disease could be treated and his methodology is one of the main models being used for studying neurodegenerative diseases today.

Zoghbi also uncovered the gene MECP2, which causes Rett syndrome, a rare genetic neurological disorder that primarily presents in young girls, often with autism-like symptoms, and results in devastating motor and cognitive symptoms. Zoghbi discovered that changes in the level of MECP2, a repressor of gene expression is essential for the normal function of many types of neurons in the brain. MECP2 is one of the first identified epigenetic causes for a brain disorder. Her research found that MECP2 affects hundreds of neurons and genes and that normalizing MECP2 levels through oligonucleotide therapy reverses the gene's effects.

"These scientists discovered the genetic basis of multiple brain disorders, and elucidated the pathways by which these genes work," said Chair of the Neuroscience Committee, Kristine B. Walhovd.