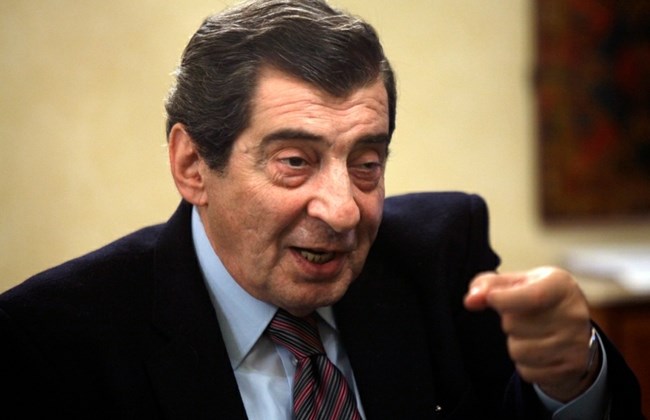 Lebanese MP becomes internet celebrity thanks to his meltdowns

Darth Vader, Bruce Lee and Elie Ferzli - only a couple of the many of crossover meme’s Lebanese social media users created following the Lebanese MP and deputy speaker’s meltdowns on television earlier this week.

Ferzli found himself going viral and becoming the meme of the moment after losing his cool in three explosive televised appearances that saw him insult journalists, leave midway through an interview and claim his word is the constitution on Wednesday.

Ferzli’s rampant and aggressive behaviour — in a press conference, on DW, and then on LBCI — comes after he and 10 other lawmakers jumped the queue and received the first shot of the coronavirus disease (COVID-19) vaccine the day before.

Others placed his comically shouting face side by side with Martial Artist Bruce Lee, with the caption reading “Ferz Lee”.

One famous cartoonist, Art of Boo, even just placed the Lebanese parliamentarian’s name into a sole comic strip panel as his cartoon of the day.

Faced with mounting pressure to explain the jump, Ferzli figured that the best way to defend his actions was by insulting journalist and presenter Malek Maktabi on his show “Ahmar bil Khat al Areed” on LBCI after Maktabi asked Ferzli a simple question on his eligibility to take the COVID-19 vaccine.

“I wasn’t simply bothered by the way he was talking and from the tone in which he was talking to me, he insulted me, but I tried to stay calm as much as I can because at the end of the day he is my guest,” Maktabi told Arab News.

Ferzli went on to tell Maktabi: “Don’t you dare say you are not sure when you speak to me,” adding: “My words are the constitution.”

Earlier, Ferzli walked out of a live interview with Ahmed Abida on the arabic version of Deutsche Welle TV, DW Arabic.

“You are speaking with the wrong guy,” Ferzli remarked, adding: “I do not need to beg you to speak.”

Indeed, many politicians — including Ferzli — are used to speaking without being told to stop on several shows.

“My goal is not to grant him another press conference, where he will be speaking by himself. I kept repeating my question, stressing that I want a yes or no answer, to which he kept repeating the Ministry of Health contacted me. My issue is not with the ministry, all he needed to do was answer my question with a simple yes or no,” Maktabi said.

“This is all new to them, intervening in a short segment and asking for brief answers instead of having them going on and on for hours to a simple yes or no question.”

In a press conference at the beginning of the day, Ferzli claimed that there are “internet trolls and hooligans whose job is to attack the person they are targeting.”

He added: “Who taught them that trick? We are well aware who that person is. We are on the lookout, and we will vanquish him. Just like his peers and predecessors, thank you.”