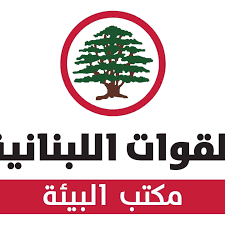 Lebanese Forces at war with Bassil over money

The Lebanese Forces on Monday snapped back at Free Patriotic Movement chief Jebran Bassil over the issue of electoral spending, blasting him as the "thief of the republic."

"The thief of the republic and the looter of the people who is to blame for at least $40 billion in electricity deficit over the period of 10 years... lacks a lot of ethics, and this is agreed on by the majority of the Lebanese," the LF said in a statement.

It also reminded Bassil that he is on "an international sanctions list," in reference to the U.S. sanctions slapped on him over corruption-related allegations.

As for Bassil's accusations that the LF has exceeded the allowed limit of electoral spending in its electoral campaign, the LF said: "Discussing electoral ceilings begins after the end of the parliamentary elections, seeing as the electoral expenses are still ongoing, and accordingly the supervisory commission can rule on who exceeded the allowed ceilings and who didn't after receiving all the bills in the wake of the elections."

"Anyhow, the most important electoral supervisory commission is the people, who will say their word on May 6, 8 and 15, so be very prepared," the LF added.

Bassil has on Sunday filed a complaint against the LF and the Kataeb Party, accusing them of exceeding the allowed limit of electoral spending in a "blatant and extreme manner."

Bassil cited the quantity of billboards and unipoles rented by the two parties for their campaigns.