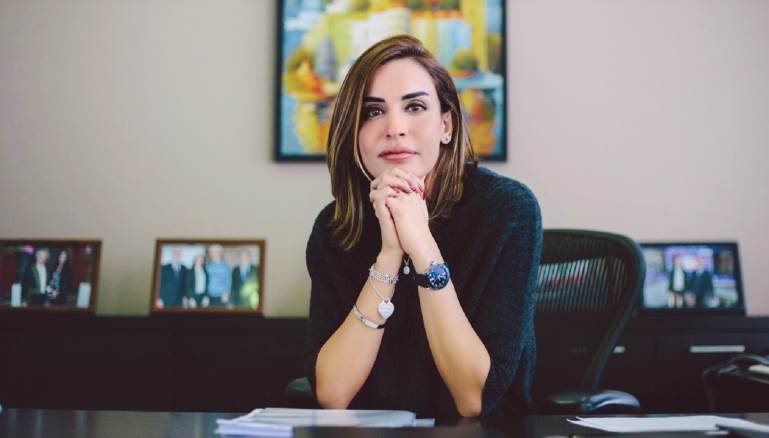 She also filed charges against Salameh’s brother Raja, who is in custody, and against Ukrainian national Anna Kosakova for interfering in the alleged offenses.

The file and the only detainee in the case have been referred to Mount Lebanon First Examining Magistrate Nicolas Mansour.

Al-Jadeed TV said charges were also filed against brokerage firm Forry Associates Ltd, which is owned by Raja Salameh and suspected of having laundered money for Riad Salameh.

The central bank governor had again failed to appear before Judge Aoun on Monday.

Speaking to Reuters in the wake of the charges, Salameh noted that he had asked an international firm to carry out an audit which showed that no public funds were a source of his wealth, denying the illicit enrichment charges.

Judge Aoun had earlier in the day frozen all the real estate properties of Raja Salameh.

The charges on Monday came as the banking sector went on a two-day strike to protest recent moves by Lebanon's judiciary against local lenders. Lebanon's economic crisis erupted in 2019 -- the worst in its modern history.

Judge Aoun told The Associated Press that the Salameh brothers and the Ukrainian woman had formed three illusive companies in France to buy property there. Aoun said last week that Riad Salameh had used his brother to buy real-estate in France worth nearly $12 million.

Kosakova, who lives in France, reportedly has a daughter from Salameh. Kosakova also jointly owns a company with Raja Salameh.

Judge Aoun is investigating whether a number of residential apartments in Paris belong to Riad Salemeh, according to a judicial source. His brother had previously claimed the flats belong to the central bank, the source added.

Raja Salameh, who was detained on Thursday, will remain in custody.

The suit against the Salamehs was filed by a group of lawyers who accuse the governor of corruption.

In January, Aoun imposed a travel ban and froze some of the assets of the 71-year-old governor who is also being investigated in several European nations, including Switzerland and France, for potential money laundering and embezzlement.

Riad Salameh had steered Lebanese finances since 1993, through post-war recovery and bouts of unrest. Once praised as the guardian of Lebanon's financial stability, he has drawn increasing scrutiny since the small country's economic meltdown began in late 2019.