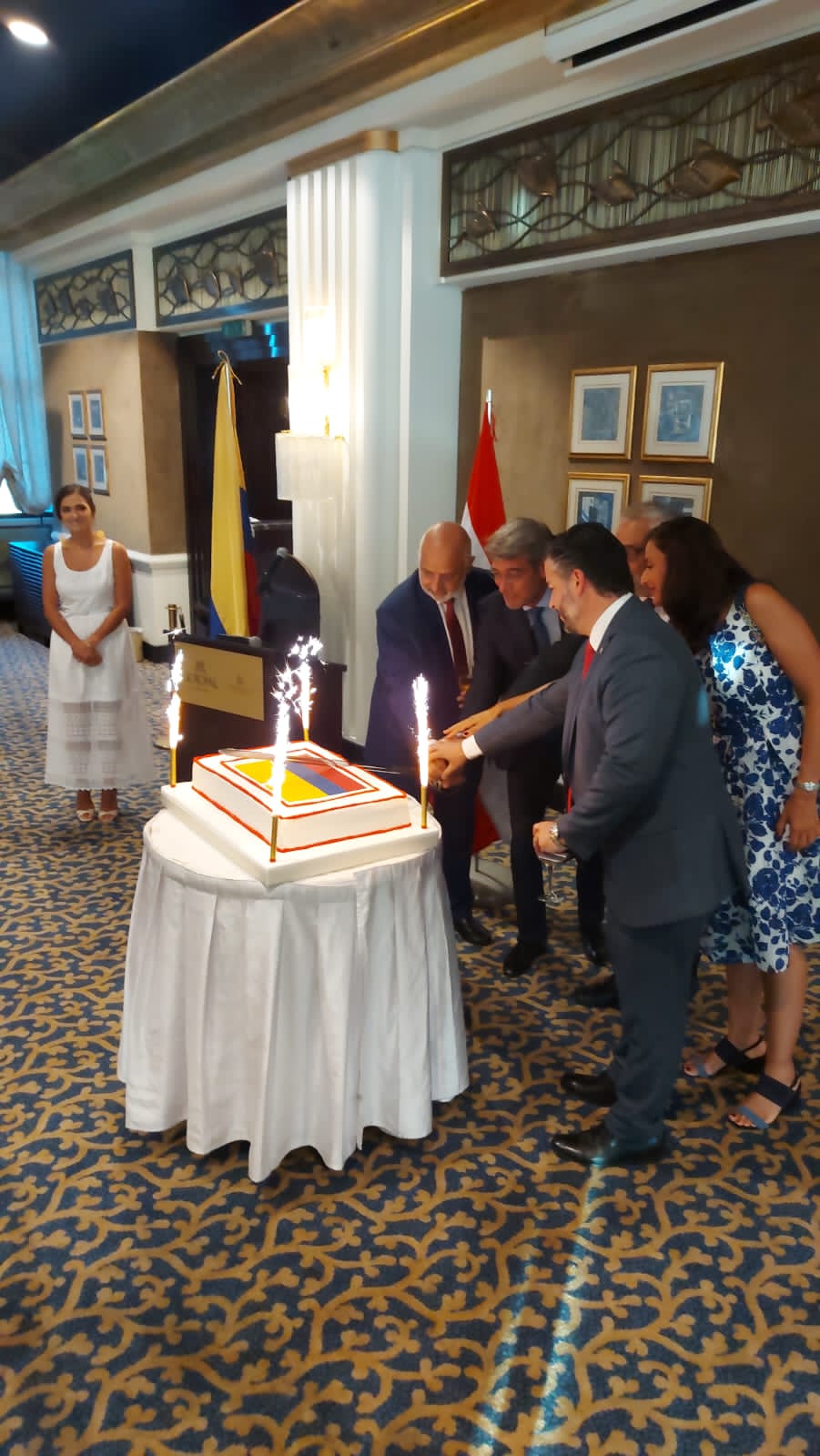 Pride is the best way to describe the moment when the Colombian Ambassador to Lebanon, Fernando Hello, officially inaugurated the 20 July Celebration for the National Day of Independence. Being a Lebanese-born Colombian, I was overwhelmed by the avid crowd of high-ranking Lebanese officials, diplomats, and other influential people who were summoned to a night of Colombian fête.

By Talal Chami
The honorable Colombian ambassador treated the representatives of the Lebanese government and invitees to a brief but evident history lesson: “July 20th represents the first time Colombia, in the framework of a whirlwind of events that took place in Europe and the Americas, thinks of itself as a political actor. As a country. As a nation.”

It is important to note that El Veinte de Julio (20 Of July) in Spanish symbolizes the independence of my country of birth from Spain. Two thousand twenty-two marks 212 years since the signing of the Act of the Revolution in 1810, the date that the United States Congress of Colombia officially decreed as the anniversary of the proclamation of National Independence in 1873.

A day that makes me, like every Colombian, proud up until this day.

The date also represents the nation's rich and varied cultural heritage, including the contributions of the Afro-descendants, indigenous populations, and women to Colombian history.

On this very day, a fight broke out between Creoles and Spanish officials over the loan of a vase, known as the Llorente vase, on July 20, 1810.  The confrontation turned into a popular revolt that led to the independence process. Nine years later, that first protest for independence materialized as the independence army defeated the Spanish.

Colombians celebrate the day by placing the Colombian flag on windows, at the entrance of their homes, and on their doorsteps. The flag’s tri-color holds particular meanings for Colombia. Yellow represents the country’s natural wealth; blue stands for the seas, and red, for the blood of Colombian heroes.

“It is precisely this independence that allows us today to defend the values and culture of our people, enriched by the diversity and strength of our history. Let today then be an opportunity to celebrate that first moment in which we declare ourselves for the first time as a nation, and that allows us to remember the greatness of our country, diverse in all its facets and regions, which gives us a unique identity that we spread all over the world,” said the ambassador.

He then elaborated on the concept of freedom. An idea that Lebanese history gives so many examples: “Let us celebrate the cry of independence that reverberates in the temple of Jupiter in Baalbek, in the Phoenician wall, in the Citadel of Tripoli, in the Castle of Sidon, in the National Museum of Beirut, in all corners of Lebanon and especially in this room.”

It is precisely that: freedom, prosperity, and the pursuit of peace are what binds the Lebanese and Colombians.
Isn’t that something to be proud of?

One comment on “Lebanese-Colombian expatriates celebrate ‘Independence, freedom, and peace for all’”

By Talal Chami - 3 weeks ago
Pride is the best way to describe the moment when the Colombian Ambassador to Lebanon, Fernando Hello, officially inaugurated the 20 July Celebration for the National Day of Independence. Being a Lebanese-born Colombian, I was overwhelmed by the avid crowd of high-ranking Lebanese officials, diplomats, and other influential people who were summoned to a night […]
Read story