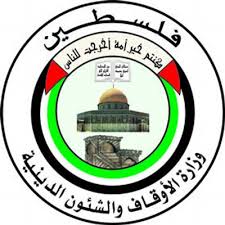 THE LEVANT NEWS – By Jasmin Rashid — According to Palestinian sources in Ramallah, President Mahmoud Abbas instructed the layoffs of employees associated with Hamas from the Charity Committees in the Ministry of Religious Affairs. He also instructed the dismissal of Imams affiliated with Hamas. According to these sources, the instruction is carried out by Sheikh Hassan Tahboub, Director of the Zakat fund in the Ministry of Religious Affairs. The instruction to lay off Charity Committee employees was meant to preclude potential contacts between them and Hamas, while the deposition of Imams was recommended by the Ministry of Religious Affairs in order to dismiss Imams inciting against the Palestinian Authority.
Sources add that the decision to carry out the layoffs is yet another step by the PA’s security apparatuses against Hamas-related activity in the West Bank. Hamas is claimed to make attempts to influence the election of Charity Committee members for the purpose of using the committees to launder money and for other dubious purposes. Accusations have been made against the deposed Imams claiming that they had taken advantage of their positions to convey massages against the PA, participate in fundraisers for Hamas and occasionally for personal purposes.
As part of the layoffs, some of the deposed Imams were removed from key mosques to minor neighborhood mosques, while others were transferred to serve in trivial capacities. Sources add that as a result of the Imams being deposed, sharia court employees were called up to fill their positions.
The PA’s Ministry of Religious Affairs refused to respond, most likely due to the concern that publishing this information may hinder the reconciliation talks held these days between Fatah and Hamas in Doha, Qatar.

Dune 2021 in Perspective: A Tale of Lofty Intentions buried under somebody else’s Sandcastles — PART I

By Emad El-Din Aysha, PhD A number of factors worked against me enjoying this movie. …