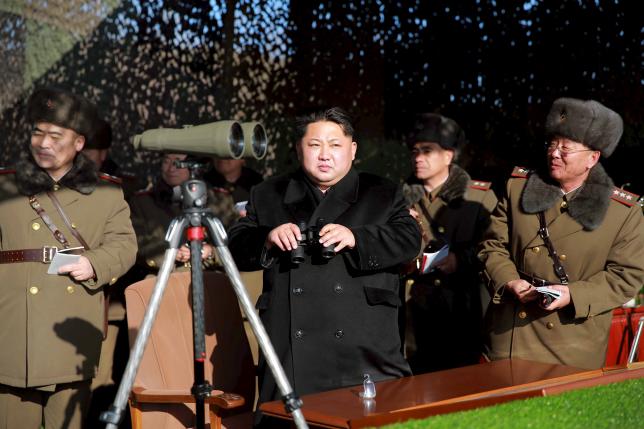 THE LEVANT NEWS — Footage of a North Korean submarine-launched ballistic missile (SLBM) test released by Pyongyang two days after it announced it had conducted the country’s fourth nuclear test last week was faked, according to an analysis by a California-based think tank.

In defiance of a UN ban, the isolated country has said it has ballistic missile technology which would allow it to launch a nuclear warhead from a submarine, although experts and analysis of North Korean state media cast doubt on the claim.

North Korean state television aired footage on Friday of the latest test, said to have taken place in December. Unlike a previous SLBM test in May, it had not been announced at the time.

South Korea’s military said on Saturday North Korea appeared to have modified the video and edited it with Scud missile footage from 2014 although an official told Reuters that the ejection technology might have improved since the May test.

The CNS analysis shows two frames of video from state media where flames engulf the missile and small parts of its body break away.

“North Korea used heavy video editing to cover over this fact,” Hanham said in an email.

“They used different camera angles and editing to make it appear that the launch was several continuous launches, but played side by side you can see that it is the same event”.

The North’s claim that its fourth and most recent nuclear test, conducted last Wednesday, was of a more advanced and powerful hydrogen bomb has drawn scepticism from the U.S. government and experts.

It is also unclear if North Korea has developed a nuclear device small enough to mount on a missile.