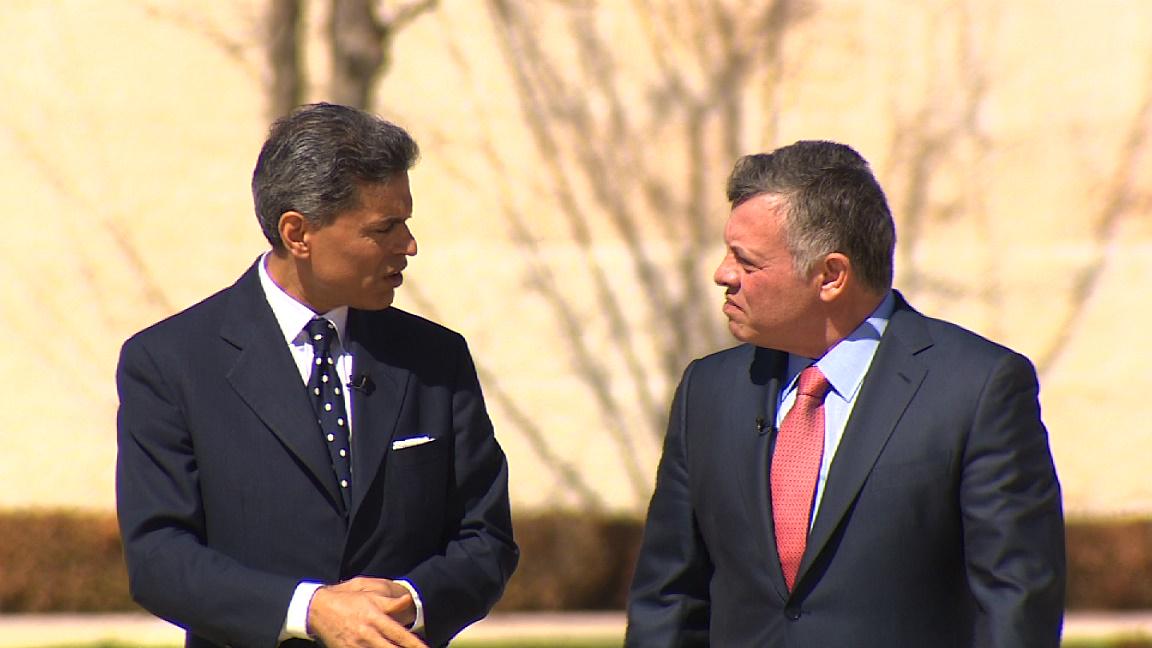 Jordan’s King Abdullah has stressed the need for Palestinian inclusion for regional peace and prosperity during talks with Israeli President Isaac Herzog.

During talks with the visiting Israeli leader at Al-Husseiniya Palace, King Abdullah said the region stood to gain from cooperation and economic integration, but for the process it “should and must include the Palestinians,” and that requires maintaining calm and ceasing all unilateral measures that undermine the prospects of peace.

King Abdullah said the Palestine-Israeli conflict had lasted too long, and the violence it had produced continued to cause too much pain and fueled extremism, state news agency Petra reported.

Herzog’s visit to Jordan was an opportunity to discuss ways forward to achieve “just and lasting peace and build a future of opportunity for all,” the monarch added.

The King reaffirmed the need to avoid any measures that could impede the access of Muslim worshippers to Al-Aqsa Mosque/Al-Haram Al-Sharif, especially during the holy month of Ramadan, emphasizing the need to preserve the legal and historical status quo in Jerusalem and its holy sites.

Israel recognizes Jordan’s oversight of Muslim holy sites in east Jerusalem, the Palestinian sector of the city occupied and annexed by Israel since 1967, under a 1994 peace deal.

Known by Muslims as the Haram Al-Sharif, or Holy Sanctuary, and as the Temple Mount by Jews, the compound houses the golden Dome of the Rock shrine and Al-Aqsa Mosque.

The Israeli president echoed the King’s call for worshippers to exercise their religious rights, and noted ongoing dialogue between the two countries regarding the Muslim faithful’s access to their holy sites.