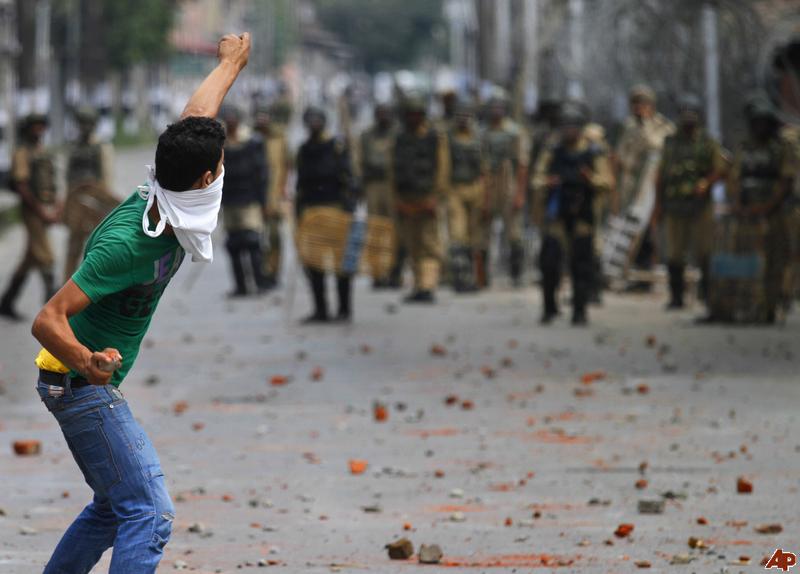 The Levant News — Dr. Ghulam Nabi Fai, Secretary General of ‘World Kashmir Awareness Forum’ voiced his continuing belief that the conflict over Kashmir cannot be resolved through military might. Kashmir is a political issue and has to be resolved through political means by involving all parties to the conflict – the Governments of India & Pakistan and the legitimate leadership of the Kashmiri resistance. He was speaking on the subject of Kashmir at the 42nd Annual Convention of ‘Islamic Circle of North America’ at Baltimore Convention Center. More than 20,000 people participated in this year’s convention. Other panelists included: Mr. Adem Carroll, Dr. M. A. Dhar, Dr. Nakibur Rahman and Bro. Tariq Rehman.

“A youth-led indigenous mass movement is underway in Kashmir. This movement reverberates with cries of freedom and believes in a simple truth: a fair, impartial referendum in Kashmir. Attempts at delegitimizing the Kashmiri struggle have fallen entirely on deaf ears. No amount of wishful thinking has successfully persuaded growing international opinion that Kashmir is not an integral part of any society other than its own. This belief is unshakeable, consistent and formidable,” Fai added.

He warned, if India or Pakistan or any other power would like to bring pressure on the people of Kashmir to capitulate, or to agree to any terms which will compromise their freedom, then any so-called peace process is foredoomed. The people of Kashmir wish to leave no doubt in anyone’s mind on that score.

“It is known to all that any talks between India and Pakistan on Kashmir will be a charade unless some basic conditions are fulfilled. There must be the end to the campaign of killings of innocent civilians. The leadership of the Kashmiri resistance must be associated with the negotiations. The talks between India and Pakistan must be held at the level of their political leadership,” Fai explained.

Dr. M. A. Dhar described the pain and suffering of the people of Kashmir through PowerPoint presentation. He stressed that the human rights violations in Kashmir are systematic and officially authorized. Far from seeking to rectify its appalling human rights record, India has sanctioned its state-sponsored terrorism in Kashmir.

“A massive campaign of ruthless clampdown has been launched by Indian Army since January 1990. The figure of deaths of civilians in Kashmir runs into tens of thousands. Over 8,000 individuals have been maimed and over 12,000 women molested and assaulted. Unfortunately, not a word of denunciation has been spoken at the United Nations,” Dr. Dhar explained.

Dr. Dhar warned that the overwhelming presence of 700,000 Indian military and paramilitary forces serves as a constant reminder to Kashmiris that they are a people subjugated and enslaved against their will. Every person has one or more tales of weeping and sobbing to recount. And their pain is compounded by the silence and indifference of the international community, especially from the United States, that beacon of human rights and civil liberties.